A new job and a Zoom with Hollywood

November has proved a very notable month for our newest family law solicitor.

Not only did Keira Hand join the growing Merrick team but she also took part in a Zoom call with some Hollywood A-listers.

Keira has joined Merrick after practising family law in Cheshire where she also did her training and qualified.

Lockdown2 may not be the ideal time to get to know a city but it hasn’t stopped Keira from settling in and pursuing the career she decided on at an early age.

Keira said: “It was always family law that I wanted to do. You get a feeling that you are helping people.

“It’s people’s lives, their families, their children, their marriage, their home and their money. So the work you do has a big impact on the people that you are working with, which means it can be difficult, but also really rewarding.” 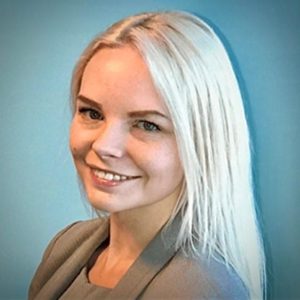 Job satisfaction comes from making a difference, with one case in particular striking a chord.

Keira said: “There was one lady who had left her home because of an abusive relationship. She wanted a divorce and needed her finances sorting and wanted to apply for an injunction. It was a very complex case, but she was a lovely lady and we had a good working relationship.

“We got her a good financial settlement and a clean break. It was difficult, but I think we ended up getting the best possible result for her.

“The client was ecstatic, over the moon. It made the job worthwhile and it’s one of the most rewarding things I’ve done.”

Merrick principal Amanda Merrick said: “We are delighted Keira has joined the team at such a critical time. She shares our passion for family law and wants to do the very best for families who are making important decisions against the backdrop of an ongoing global pandemic and all the complications that has brought.”

Away from work, Keira is a season ticket holder at Wrexham AFC – and that led to the Hollywood Zoom call.

Ahead of the takeover, the pair met with trustees of the previously fan-owned club in a ‘get to know you’ online meeting.

Keira said: “It was quite surreal. They seemed to be really nice and genuine.

“The first question anyone asked was ‘why Wrexham?’. They said they didn’t want to buy a club that was already winning things, they wanted a club they could build up and help.

“After the Zoom, we had a vote. I voted in favour, in fact 98.4% of fans voted for the takeover, so I’m very happy with that.

“Hopefully now we can work our way up the leagues, make the stadium better, win a few trophies, get more fans at the ground. It’s an exciting time. If we could get into games I think the atmosphere would be great.”

→ Are you an experienced family law solicitor looking to join a progressive team with a busy caseload? Then you could be just the person we need. Details here.