August is show time across the Lake District and Cumbria. Take advantage of the good weather to enjoy some traditional family days out in beautiful countryside.

Merrick Life picks 10 of the best country shows from this holiday month.

Cockermouth and District Agricultural Show takes place on Saturday 3rd at The Fitz in Low Road.

Organisers promise an action-packed day for all the family. Judging of animals starts at 9.30am and you can view cattle, sheep, goats, horses and poultry.
There’ll be sheep dogs, foxhounds and terriers; visit the sheep clipping demonstration and learn a new skill. There’ll also be working sheep dog demos too, and, if you’re fit enough, Cumberland and Westmorland Wrestling.

On Wednesday 7th, it’s the turn of Cartmel Show.

Founded in 1872 it has long played a significant role in Cumbria’s agricultural calendar celebrating rural life at its best. The showground is the picturesque setting of Cartmel Racecourse on the outskirts of the village.
The main ring is set to be a spectacle, once again hosting the Shetland Pony Grand National. It will also see terrier racing, heavy horses in their finery and the Grand Parade of prize-winning animals in the afternoon.
Take home freshly baked bread, hand-made cakes and chocolates, local cheeses, meats and pies from the local butcher, plus locally produced gins, beers and much more.
Activities include archery, bucking bronco, circus skills, bouncy castle, birds of prey and a few creepy crawlies too.

This family day offers free entry for children under 16 with a wide variety of classes for horses, sheep, poultry, vintage machinery, dogs, children’s pets, produce, handicrafts and horticultural exhibits.
In addition to the exhibits  there are a variety of stands, a craft and food hall with local exhibitors, and main ring events.

The Lowther Show, one of Cumbria’s biggest, returns on Saturday 10th and Sunday 11th.

If you’re new to country sports, you’ll find expert tuition and advice on how to get involved. With more than 250 retailers to choose from.
The Lowther Show features arenas, live music and children’s entertainment, plus world-class displays and demonstrations, including horse driving trial, gundog events, chef demos and clay shooting. 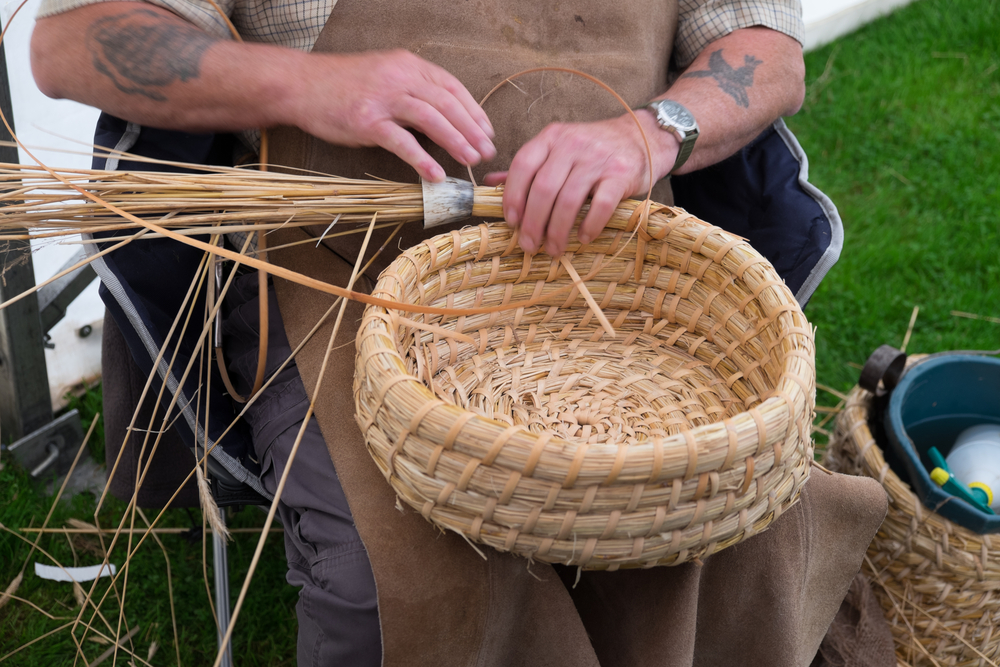 Also on Saturday 10th is Dalston Show, just south of Carlisle, in the village show field.

It attracts horse and livestock breeders from around Cumbria and South West Scotland, together with the many families who enter nearly 200 classes within the industrial section. More than 80 trade stands will fill the field with colour as they display their wares. There will be a huge array to eat and drink from caterers and speciality bars. In the the main ring there will be Ridgeside Falconry, Cumberland and Westmorland Wrestling, K9 2000 dog display, terrier racing and tug of war.

The Lakeland Country Fair takes place at Torver, near Coniston on Sunday 18th.

This is a showcase for traditional Cumbrian skills and activities. There will be Herdwick sheep on display and demonstrations of hand-clipping.
Features include a terrier show, a lurcher and whippet show, children’s sports, a stick show and horn-blowing competition. There’ll be fell races for adults and juniors.

Hawkshead Show is on Tuesday 20th at Hawkshead Hall Farm.

There will be horse classes ranging from the miniatures to the heavy horses, private driving (horse and small carriage) and jumping classes, plus judging of a large variety of sheep, dogs and cattle.
There’s an emphasis on horticultural with home produce, flowers vegetables, arts and crafts.
Visitors can have a flutter on the hound trailing where dogs follow a trail of aniseed around the countryside. This year’s main ring attraction will be Mark Wylie and ‘The Drakes Of Hazard’. Man and dog working in harmony to direct and navigate a troop of Indian Runner Ducks around an obstacle course! 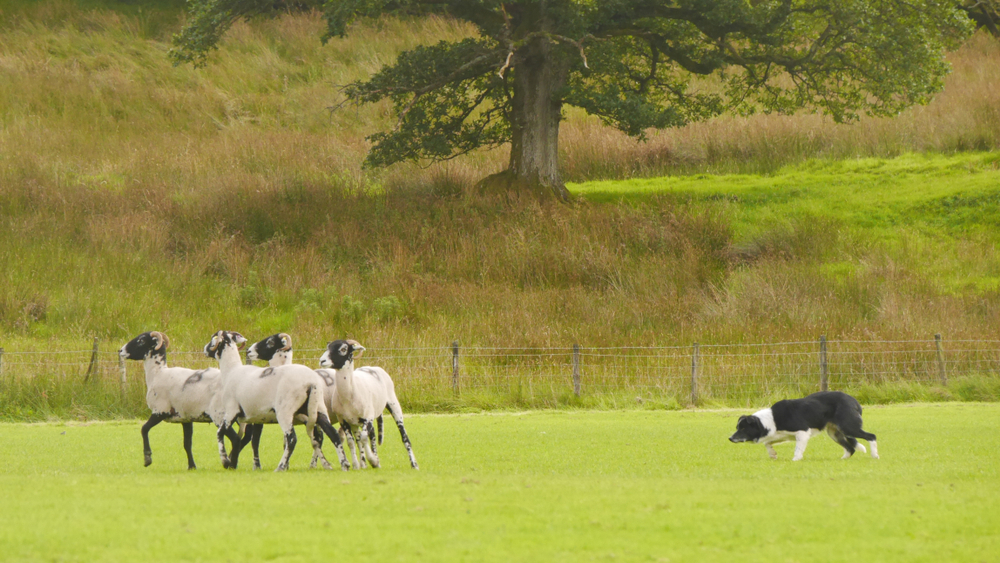 Sheepdog trials are a much-loved feature of many shows

Grasmere Sports Show is on Sunday 25th at The Showfield, Stock Lane.

This has been a regular annual event since 1868, unbroken except for the First and Second World Wars. Now one of the most popular traditional events in the Lake District, participants compete in a variety of sports, including Cumberland & Westmorland Wrestling, fell running and hound trails.

One of the oldest shows in the county dating to 1860, this is a traditional agricultural show where town meets country.
A full day’s entertainment for all the family is planned including showing classes of ponies, horses, sheep and dogs. There will be also a display by West Cumbria Vintage Club, Cumberland & Westmorland wrestling, fell race, sheep clipping and terrier racing.

And on Thursday 29th it’s Ennerdale Show at The Leaps, Kirkland, which is a mile from the shores of Ennerdale Water.

Activities take place all day based around traditional sports and pastimes. These include the showing of sheep, horses, dogs and poultry of all shapes and sizes. There’ll be vintage machinery and hound trailing. Children’s sports and fell races fill the programme in the afternoon with trade stands and amusement areas.

Away from Cumbria, the August Bank Holiday weekend is also time for the Manchester Pride Festival.