From time to time we at Merrick like to share some recommendations of things that have taken our fancy. (Earlier this summer we came up with 10 inspiring podcasts for your summer listening).

This time, we’ve gone one better. Not only have we pulled together a fantastic list of fiction that’s bound to have something for any self-respecting bookworm, but we’ve only gone and paired them with the perfect cocktail accompaniment.

So not only can you put your feet up and chill out with a great read but – thanks to Merrick’s Sophie and Kiera – you’ll also have a drop of something rather fabulous to match the moment. 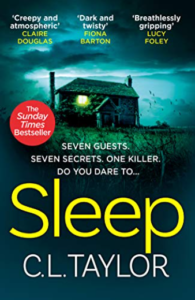 A murder mystery which has you gripped from the opening line, ‘If you’re reading this then I am no longer alive’. Anna is desperate to leave the past behind her and takes a job at the Bay View Hotel on the remote Scottish Island of Rum. When she is joined by seven guests, each with a secret, her attempt to start afresh soon turns into her worst nightmare.

Merrick’s Sophie said: “If you like crime, this book is for you. I couldn’t put it down. I usually find such books to be predictable, but I was so surprised. Plenty of unexpected twists that have you eager to turn over the page.”

Best read with an Aperol Spritz with a twist

The Night Circus by Erin Morgenstern

The circus arrives without warning. No announcements precede it. It is simply there, when yesterday it was not. Within the black-and-white striped canvas tents is an utterly unique experience full of breath-taking amazements. It is called Le Cirque des Rêves, and it is only open at night.

The Night Circus is an intensely visual novel that spans the genres of historical fiction and fantasy.

Merrick’s Keira said: “Erin Morgenstern paints her scenes so incredibly that reading this novel is like watching a movie. The world created on the pages of this novel is so compelling and enchanting that I almost felt like I could see the colours and feel the textures within this fictional circus.”

Best read with a Carnival Cosmo

The Bridgerton Collection (Volumes 1 to 8) by Julia Quinn 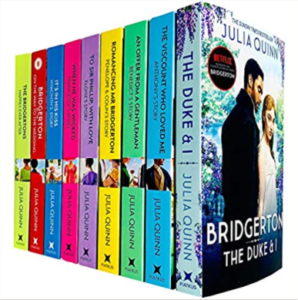 Best-selling historical romance author Julia Quinn released Volume 1 in 2000 with the intention of a trilogy. However, her readers soon fell in love with the Bridgerton Family and wanted to know more. Each volume features one of the late Viscount Bridgerton’s eight children and is set between 1813 and 1827.

Merrick’s Sophie said: “Great for those, like me, who couldn’t wait for the next Netflix series to be released. So far, I have read Volumes 1 to 3 and really enjoyed them. They are a perfect poolside read.”

The Mirror and The Light by Hilary Mantel 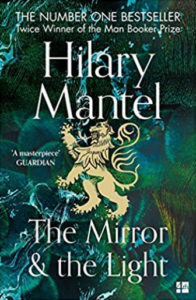 This is the third and final instalment of Hilary Mantel’s epic trilogy set in the Tudor court of Henry VIII. The story concerns Thomas Cromwell (an English lawyer and statesman who served as chief minister to Henry) and picks up directly where the middle instalment (Bring Up the Bodies, for which Hilary Mantel was awarded her second Booker Prize) ended, namely with Cromwell having witnessed the beheading of Anne Boleyn.

Merrick’s Keira said: “My favourite type of book to read is historical fiction and Hilary Mantel redefines what that genre is capable of in this masterpiece of a trilogy.”

At 912 pages long, The Mirror and The Light is far from an easy read, but it’s a must for any history buff (particularly one with a little extra time on their hands this summer!)

Best read with ‘The Executioner’

Conversations with Friends by Sally Rooney 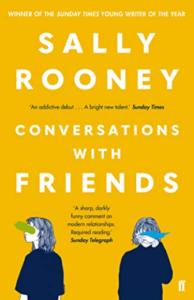 Sally Rooney is best known for BBC’s adaptation of her 2018 novel ‘Normal People’; however, she made her debut in 2017 with ‘Conversations with Friends’.

Here, former lovers Frances and Bobbi meet Melissa, a well-known local photographer at a poetry performance and are soon thrust into her glamourous and sophisticated world. When Frances meets Melissa’s husband Nick, an unusual relationship begins.

Merrick’s Sophie said: “Conversations with Friends is an interesting and current novel. It touches on many topics, such as love, gender, politics, health and culture. The characters are real and relatable. I really like Sally Rooney and after first reading Normal People, I was worried her debut wouldn’t be as good, but I can confirm it is.” 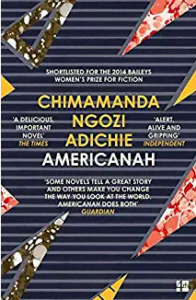 Americanah is the tale of two childhood sweethearts at a school in Nigeria, whose lives take different paths when they seek fortunes in America and England. Whilst a beautifully written story, the novel also serves as a much-needed dissection of modern attitudes to race and touches on issues of identity, loss and loneliness.

“This is a fairly recent read for me but it’s genuinely one of my favourite books of all time,” said Merrick’s Keira. “It’s witty and sharp but also incredibly moving. The book made me consider race and immigration in ways I had never quite understood. To have these kinds of revelations while simply enjoying a beautifully written love story is the most any reader could hope for.”

It is said that there are some novels that tell a great story and others that make you change the way you look at the world. Chimamanda Ngozi Adichie’s Americanah is a book that manages to do both.

Best read with a Nigerian Chapman

Paul Mendez’ debut, Rainbow Milk follows 19-year-old Jesse as he comes to terms with his racial and sexual identity against a backdrop of his Jehovah’s Witness upbringing. He seeks a fresh start in London to escape his broken family, a repressive religious community, and his depressed hometown in the Black Country.

It also follows Jesse’s Grandfather, Norman Alonso, who emigrated from Jamaica to Britain with his wife and children for a better future. Unfortunately, when they arrive a family member becomes suddenly ill, and they are subjected to extreme racism. The family are resilient but know they will need more than hope to survive.

Merrick’s Sophie said: “It is not very often I am lost for words. Rainbow Milk is a such a raw and honest novel. It touches on topical issues of race, migration, class, sexuality, and religion. Mendez’ debut is engrossing and moving. I particularly enjoyed the reference to music igniting emotions throughout. For me, it was an unforgettable read.”

Best read with a Watermelon Lemonade

The Testaments by Margaret Atwood 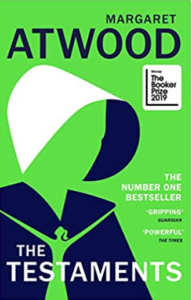 Margaret Atwood’s compelling sequel to The Handmaid’s Tale picks up around 15 years after the conclusion of that novel. Its subject is the collapse of Gilead, a totalitarian Christian state formed in a dystopian America, where falling fertility rates are countered by the enslavement of women, known as the handmaids).

The book’s blurb suggests readers arm themselves with the thought that ‘knowledge is power,’ and it is presented to them by way of three eye-witness accounts, documenting what Gilead was like. Two of these witnesses are young and idealistic whilst the third is older and cunning.

The book also asks the reader to be mindful that ‘history does not repeat itself, but it rhymes.’
Merrick’s Keira felt this a reminder that we shouldn’t, but probably do, need.
“Today we can’t help but be fully aware of the extent of abuse that occurs against women,” she said. “The rhyme between the real world and Atwood’s Gilead is deafening.”

Best read with ‘Blessed Be the Fruit’

→ Five of the best books written about divorce by divorcees.