Celebrating a year of female achievement

Nations across the world celebrate past and present achievements on International Women’s Day.

In 2022, the theme is #BreakTheBias. Organisers want us to imagine a gender equal world; a world free of bias, stereotypes, and discrimination.

To mark the day, we’ve picked out just a few of the notable achievements of women that have caught our eye over the last 12 months.

Fellow athlete Menna Fitzpatrick is Britain’s most decorated Winter Paralympian. She added yet another medal to her collection with a bronze in the Super Combined Visually Impaired at the Yanqing National Alpine Centre. 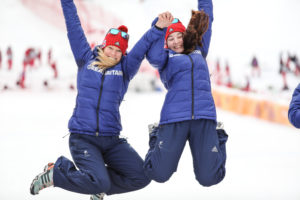 And Britain’s only gold medal of the Beijing Winter Olympics was earned by its women’s Curling team against Japan.

Thanks to Rachael Blackmore, 2021 was the first Grand National in its 186 or so years to be won by a female jockey. This was by no means Blackmore’s only notable first. Just three weeks earlier she became the first woman to be leading jockey at the Cheltenham Festival. Her achievements earned her the title of BBC’s World Sport Star of the Year for 2021.

In 2021, Liverpool elected its first ever female Mayor who also happens to be the UK’s first black woman to be directly elected as Mayor. Joanne Anderson intends to use her position to promote equality and empower communities.

After a six-year hiatus, Adele returned with her new album 30. It quickly became the fastest-selling album of the year in the UK and the US. This fourth album – written following the breakdown of her marriage – followed its predecessors to number one, making Adele almost unstoppable in terms of charts’ success. 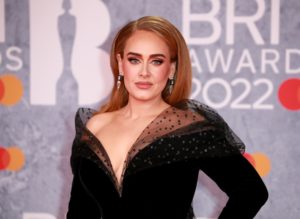 Adele back dominating at the Brits

Actor Rose Ayling-Ellis became the first deaf Strictly Come Dancing competitor and went on to win the 19th series. She raised a remarkable amount of awareness for the deaf community. Of particular note was a beautiful dance in which the music stopped mid-performance while Rose and partner continued their routine. While Rose was on the show enquiries and enrolment to BSL (British Sign Language) courses rose substantially. Rose is now campaigning alongside MP Rosie Cooper for BSL to be granted legal status. This would provide accommodation and protection against discrimination in law for BSL users.

Emma Fennell is someone you may recognise from The Crown and her role as Camilla Parker-Bowles or from her writing in BBC drama Killing Eve. What you may not know is that in the last round of the Oscars, she was nominated for Best Director for her film ‘Promising Young Woman’ starring Carey Mulligan. This is the first time a woman from the UK has been nominated in this category.

This International Women’s Day let us join together in showing our appreciation for the women who break barriers and the women who build communities.