#JoinIn, comedian Sarah Millican’s one woman campaign to spread a little Christmas Day cheer, has become another heart-warming staple of the festive season.

The social media phenomena will run for an eighth year, bringing a little conversation to those feeling low or alone. With a BBC poll estimating up to four million people could spend most or all of the day alone – that’s a significant percentage of the population.

The Twitter conversation is kicked off by the comedian under the hashtag JoinIn. It then usually takes on a life of its own. All manner of topics come up for discussion, with the appeal or otherwise of Christmas Day’s blockbuster TV shows frequently being a favourite. 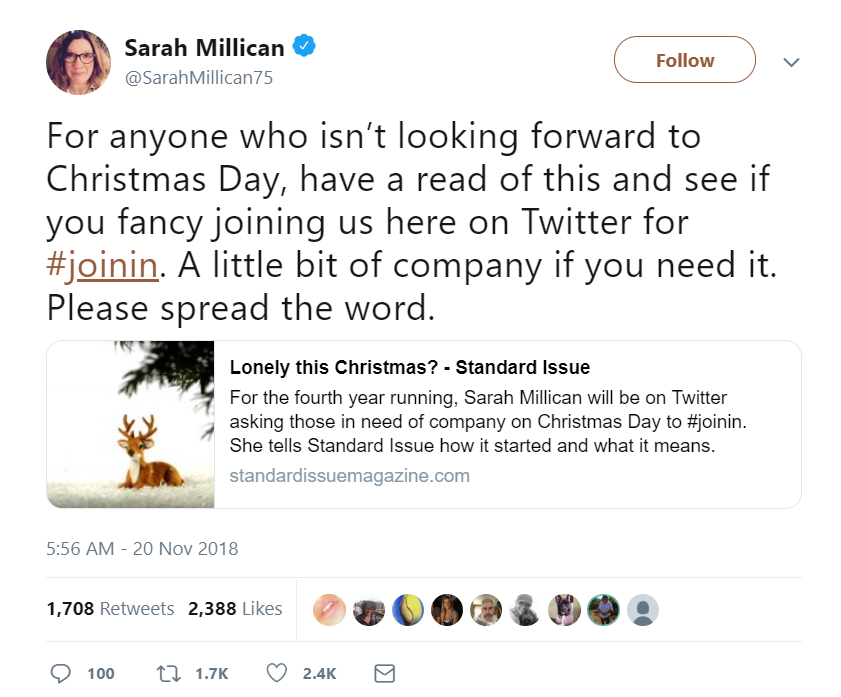 Sarah launched the campaign eight years ago ‘because I’m a big softie and can’t bear the thought of people being alone on Christmas Day’.

“Some people have a rough time of it,” she told Standard Issue magazine. “For those who are on their own and would rather not be, we do #joinin so that like-minded people can chat and hopefully make this potentially lonely day much less so.”

People who’ve taken comfort from the initiative include those divorced and separated who find themselves isolated from family, often for the first time. 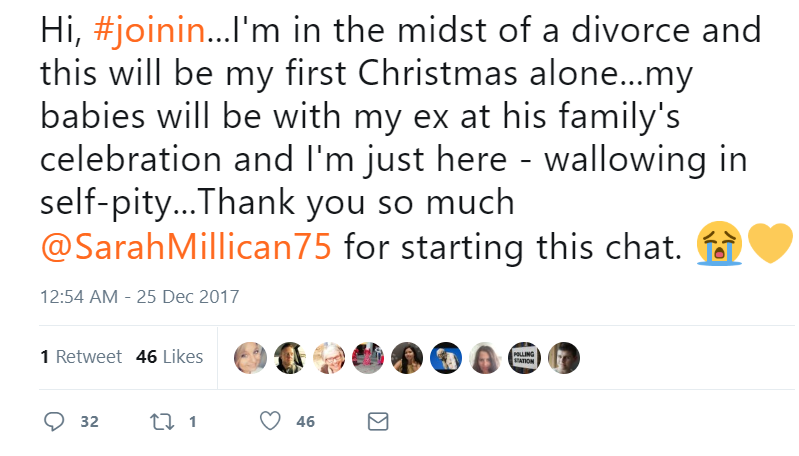 Merrick Life is all about offering holistic support for those going through challenges in their life and we’ve loved playing a part – and we’ll be doing so again this year. Why not join us?