Epilepsy? That’s the condition brought on by flashing lights isn’t it?
A common response perhaps, but the truth is there are 40 known types of epilepsy and most aren’t triggered by flashing lights. It’s the type of myth the Epilepsy Society’s Be the Conversation Starter awareness day on March 26 wants to dispel.
Merrick legal assistant Sophie Hughes was diagnosed epileptic when she was 16. She wants us to be bettered educated about the condition, know how to help someone who’s having a seizure – and not to think everything is caused by flashing lights.

When did you start with epilepsy?

I remember waiting to get on the bus after a sleepover at my friend’s house, full of happiness after a girlie night. Suddenly I was overcome by a wave of disorientation. The next thing I know there’s a paramedic asking me what my name is and do I know where I am?

After a night in hospital, I was let home and told that no further investigations would be made until I had another seizure. Of course this happened and at 16 I was diagnosed with epilepsy and placed on an anti-epileptic drug.

How did that make you feel?

I was told that I couldn’t drink alcohol, nor could I learn to drive until I had been seizure free for a year. I wasn’t really bothered at first and was very matter of fact about the situation. But as the weeks went on and my friends and I started going to parties it became more and more difficult.

As difficult as it was, I threw myself in at the deep end and embraced every situation. Luckily for me, I had such a supportive group of friends. I was never once made to feel like I was a weirdo or a burden – which were my worries as a teen.

Luckily for me, I have an aura about 10 minutes before I slip into a grand-mal seizure enabling me to prepare. I get in a safe place and alert someone.

During my aura, my right hand twists, rather like a Bollywood dance and I cannot control it. I can hear what’s going on around me, but I cannot communicate back.

No matter how many times I have had an aura, I am still terrified each time. Words cannot describe how frightening it is to be aware that you are going to have a seizure but during your aura you’re not able to control what your body does or respond to anyone.

They don’t last long – 30 seconds max – but it feels like a lifetime. You just want to scream ‘help me’ but you are literally trapped until the aura stops and you can tell someone to be there for you.

I was provisionally told I had epilepsy by a paediatrician and placed on a drug called ‘Tegratol Retard’. Take a minute to see how soul destroying the name of the medicine was.

As a 16-year-old, I already felt like a weirdo. No longer able to get excited about learning to drive, not able to have an alcoholic drink with my friends and that’s just the start. And then my medicine tells me I’m a ‘retard’. How brilliant is that!

Does epilepsy restrict your life?

It’s so easy to dwell on the negatives but throughout my health difficulties, I’ve still managed to complete my degree with honours and be on my way to becoming a solicitor.

I have been on several holidays with my friends where I have drunk and others where I haven’t and had equally as much fun on each one. I have passed my driver’s test. I have done so many things that I do not give myself credit for achieving. 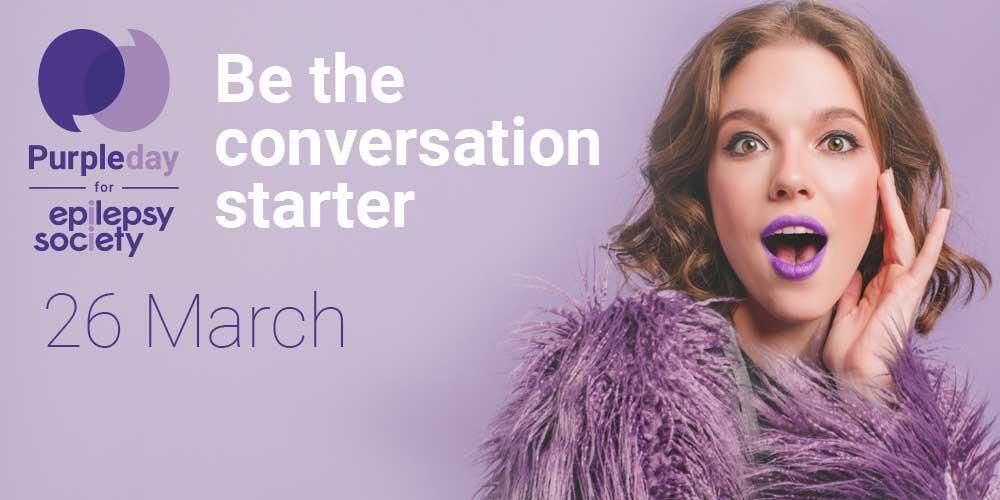 What’s your wish for Be the Conversation Starter day?

I want to show other teenagers and young adults, along with everyone else, that whatever your diagnosis, you can achieve in life. You can do whatever you put your mind to.

Also, I want to help those who are afraid to speak out or tell people about their epilepsy that I have never, ever had any negative responses. Everyone has been so supportive. The main response is panic. Panic that they would not know what to do should I have one, but that’s nothing a bit of epilepsy education won’t sort out.

How do you feel about the future?

I’m still a work in progress even though it’s been 18 months without a seizure. Even so I constantly worry about it, ‘will today be the day?’.

So I’m not saying that everything is perfect and that sometimes it’s not a struggle living with epilepsy, but I don’t let it get me down. We are bigger and better than it and you can still live a full and exciting life. 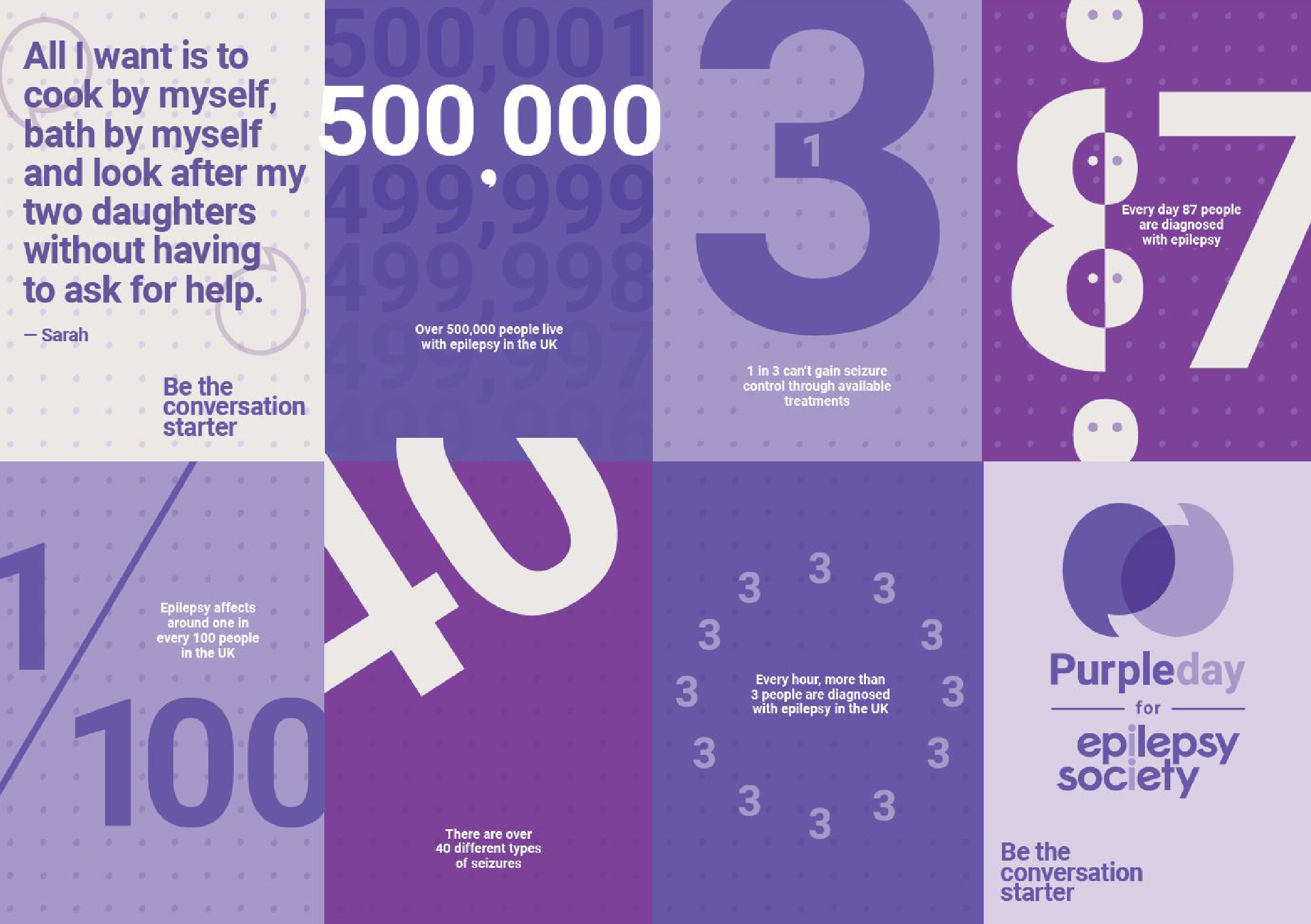 Purple Day is the international day for epilepsy and falls on March 26 each year. Whether you bake it till you make it or wear purple with pride, the Epilepsy Society wants help to get people talking about epilepsy to tackle the stigma and myths surrounding the condition.

Here at Merrick we’ll be doing our bit to raise awareness and funds for research and it would be great if we could count on your support.

In the meantime, here’s a link to dispel some myths about epilepsy.