Don’t be a financial follower of fashion

When it comes to offering financial planning guidance, Nigel Phipps is not in favour of following fashion.

His company manages long-term financial investments and after more than 25 years in the industry he’s developed some firm principles to guide advice.

The likes of bitcoin and cryptocurrency may hit the headlines from time-to-time for some spectacular gains, but for Nigel they’re more of a gamble than an investment. While recognising there is a possibility of making significant profit, he believes there is a very high probability of serious losses on speculative assets.

He backs it up by quoting an oft-repeated phrase from Warren Buffett, one of the world’s richest investors.

Nigel, Managing Director of Octave Financial Planning Ltd, is looking for sound long-term investments for clients. And as a period measured in years inevitably brings with it a wide range of variables, he believes that it makes sense to have a balanced portfolio.

He said: “Obviously it depends how much money is available. Ideally, we’re looking for a spread of investments, such as cash and property, having an income from commercial property and investing in funds and shares both inside and outside the UK.

US stocks in fashion

“There’s a fashion for US stocks at present. They are often expensive but that won’t always be the case.

“Overall UK company shares are cheap in comparison, looking at their share price-to-earnings ratios. When investing for the long-term it’s a good idea to look for quality companies that are cheap.”

As might be expected, Nigel recommends seeking independent financial advice before making investment decisions, particularly for those going through divorce or other relationship breakdown.

He said: “It’s a very difficult time when people are facing marital problems. They are often consumed by matters in the short-term. I encourage people to make decisions that are good for them in the long-term. As advisors we have to be patient.”

And when considering what financial investments offer the best long-term options, Nigel is keen on another saying, this time from British-born investment guru Benjamin Graham.

Graham said, ‘in the short run, the market is a voting machine but in the long run, it is a weighing machine’.

That loosely reflects that while stocks and shares may be subject to the fads and fashions of the day, over a longer period the movement in value reflects the company’s true worth.

Nigel and his team are experienced in helping people invest after divorce and in implementing a pension sharing order.

He said: “People want to make sure they are going to be okay. When we’re talking about divorce and pensions, we may have someone who’s say, 45. Investment in the pension may be for another 20 years and they may draw on that for another 20-plus years. That’s why we stress that decisions are made for the long term.

“People do like property, it’s tangible. They obviously like cash in the bank and they see the returns available in shares.

“We build a set of priorities with them. We need to know things like a client’s attitude to risk and their ability to take a risk. Then we look for what are good value areas.”

And what does he make of the current uncertainty caused by Brexit and how that may impact businesses, and pensions?

He said: “There’s a lot of fear and it may be a fear that’s never realised. There will be disruption in the run up to March 29. It’s impossible to say where prices will go in the short-term.

“But some of the actions we’ve seen from companies could be anticipated. Is it really so surprising that Honda (which has announced the closure of its Swindon plant) is moving away from diesel cars and putting more into electric?

“I think we can expect ongoing disruption and change in society. Perhaps having a logical and timeless investment style will help prevent us being rocked by changing fears and fashion.”

Nigel is a Chartered Financial Planner, a Fellow of the Personal Finance Society and Member of the Chartered Institute for Securities and Investments. Nigel became an Independent Financial Advisor in 1998 and founded Octave Financial Planning Limited in 2006. 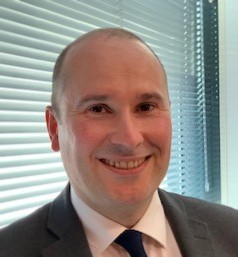 Merrick Life has previously written about finances in divorce here.