Why are so many of us fearful of handling confrontation in our lives?

Whether it’s something major such as a failing relationship or more minor, like challenging the amount of change we’ve been given in a store, many would rather keep quiet than risk a situation they find embarrassing or threatening.

Advice across the board from human behaviourists is that we are only storing longer term, bigger problems for ourselves with this ‘flight’ mentality. But if you’re averse to tackling an issue straight on, how can you change?

The good news is that having a strategy for managing confrontation is like much else in life; it’s a skill that can be learned.

Here are some simple tips that we’ve collated that may help the next time you’re about to flee a situation instead of dealing with it.

The first step in handling confrontation is the most difficult.

While your natural tendency may be to avoid fuss and bother, we can’t brush over every problem in life hoping that it will magically resolve itself. If we’re unsure of our ground or want to avoid the reaction that confronting the issue may open up, then we tell ourselves that it’s not such a big deal.
That’s a mistake if it’s an issue that is going to fester, causing you to harbour ill feelings, and nag away in your mind.
If you’ve been through that situation before, recognise it and this time resolve to act differently.

React with thought and planning

A mistake that confrontation avoiders often make once they’ve decided they must do something is to dive straight in; assuming this is what is meant by taking action. But going gung-ho without first thinking through what’s in front of you is just asking for trouble.
Make sure you have all the facts. And review what you think you know impartially, without emotion or judgement. Is it possible you’ve misinterpreted, have you let previous experience cloud your judgement? Once you’ve got your facts straight, then you can press on.

Think about how you are going to present your argument and what kind of reaction that is likely to provoke. Most importantly think through what you want from the situation.
It may be a scenario where you are willing to accept some compromise. Don’t go into any confrontation without being aware of how things could go wrong – nor without a view of what a ‘good result’ would look like.
Many experts in the field of human behaviour champion the power of ‘visioning success’. Put simply, being able to visualise a successful outcome in your head gives added confidence in working towards that goal.

Speaking in person is probably the hardest to do and the thing we are most desperate to avoid – but it is the best way to confront issues. Written words, emails, texts and messages can all be misinterpreted and often leave lots open to question, when what’s needed is a two-way dialogue.
Avoid confronting someone in a public place, when they’re busy, distracted or stressed. If emotions are running high on either side, then wait. That’s not always easy when you are desperate for resolution. 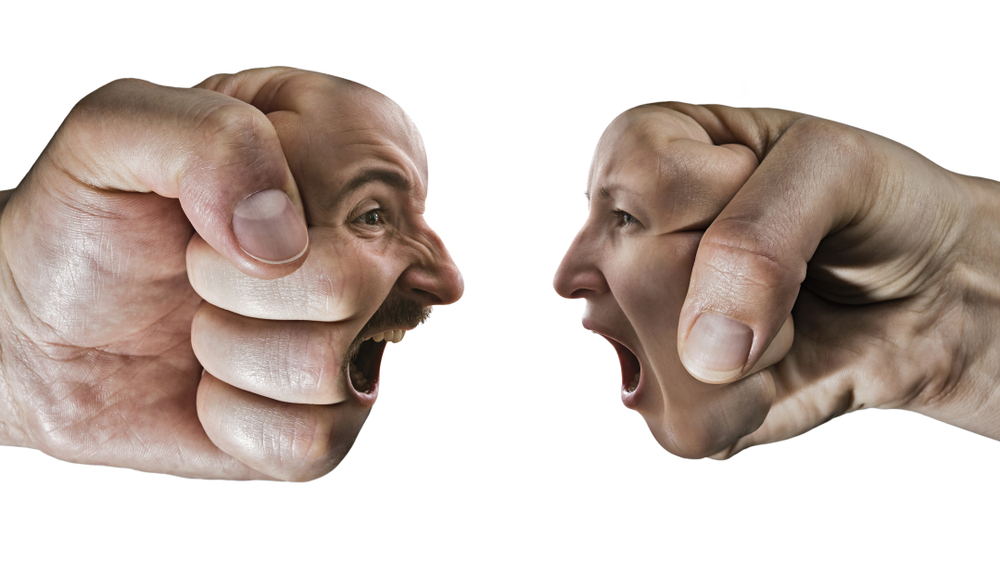 Don’t end up going head to head in a heated, emotional argument

Taking the emotion out of a situation should help you carefully explain your position. Be hard on the issues, but soft on the person. Be honest and resist the temptation to blame.
Don’t waffle. Rehearse what you want to stay and stick to it. Then give the other person time to respond. That will give you opportunity to assess their reaction.

Depending on the nature and seriousness of the confrontation, it is vital that you can move on with clarity. Don’t let the situation close without both parties being clear on what’s been agreed, or what has changed and what the new expectations are.
If this involves some action on your part, then make sure you follow through on it. This reaffirms that you’re both a person who does what they say and that the issue is important to you.
It may be that you cannot get to a resolution immediately. In that case, at least be clear on what the next steps are, maybe a further meeting in seven days or input from a third party.

It’s important to recognise that handling confrontation, like any other situation, may not end satisfactorily. Don’t beat yourself up. Instead recognise that you do have the courage to tackle difficult situations and try to pinpoint what improvements you would make to your strategy the next time it’s necessary to act upon it.

Want some help with staying positive during divorce? We’ve written about that here.