Everest can wait – Alex is conquering other mountains

For someone aged just 23, Alex Staniforth has packed an awful lot into his years.

Motivational speaker, author, fund-raiser. Almost killed in ascents on Everest (twice), fastest to climb the highest point of all 100 UK counties, an ITV Pride of Britain award winner, Youth Hostel Association ambassador and a sub-three-hour marathon runner are just some of the landmarks on a crowded CV.

His achievements are all the more remarkable when you realise what Alex has also had to overcome.

A childhood stammer made him a target for bullying, which led to mental health issues and an eating disorder. He took to outdoor challenges as a way of coping.

While Alex is honest in realising his personal challenges are not over, he’s using his experiences to encourage others to open up about their mental health issues.

Only this week, while speaking to a business group in Cheshire about some of what he’s been through, he closed by asking if anyone in the audience wanted to share their own experience.

He said: “One lady in a room of 25 people put her hand up and shared about her depression, which she only started speaking about the year earlier, and it brought her into tears in that room full of her colleagues.

“That’s bravery. As hard as it must have been for her, now her colleagues can support her and it encourages other people to share and talk about these things.”

This seems a not untypical reaction for Alex. He regularly receives emails and comments thanking him for his openness, which has in turn inspired others to speak about their own trauma.

He said: “I’m not an expert on mental health at all. But if sharing my challenges with anxiety, depression and eating disorders as a young man helps create those conversations then that’s very worthwhile.”

It’s the success of his writing and speaking career that means there’s no rush for making a third attempt on Everest any time soon. Given what happened the first two times, it’s a wonder Alex even contemplates a return in later life.

The first expedition in 2014 was abandoned after a major avalanche killed 16 Sherpas. He returned the following year only for an earthquake to strike shortly after leaving base camp leading to the deaths of 22 people, including three of their team.

As Alex puts it: “Had we not left base camp that morning, well, I probably wouldn’t be here now.

“When you’ve had a near death experience, when you’ve been hit by an avalanche you realise what’s important.” 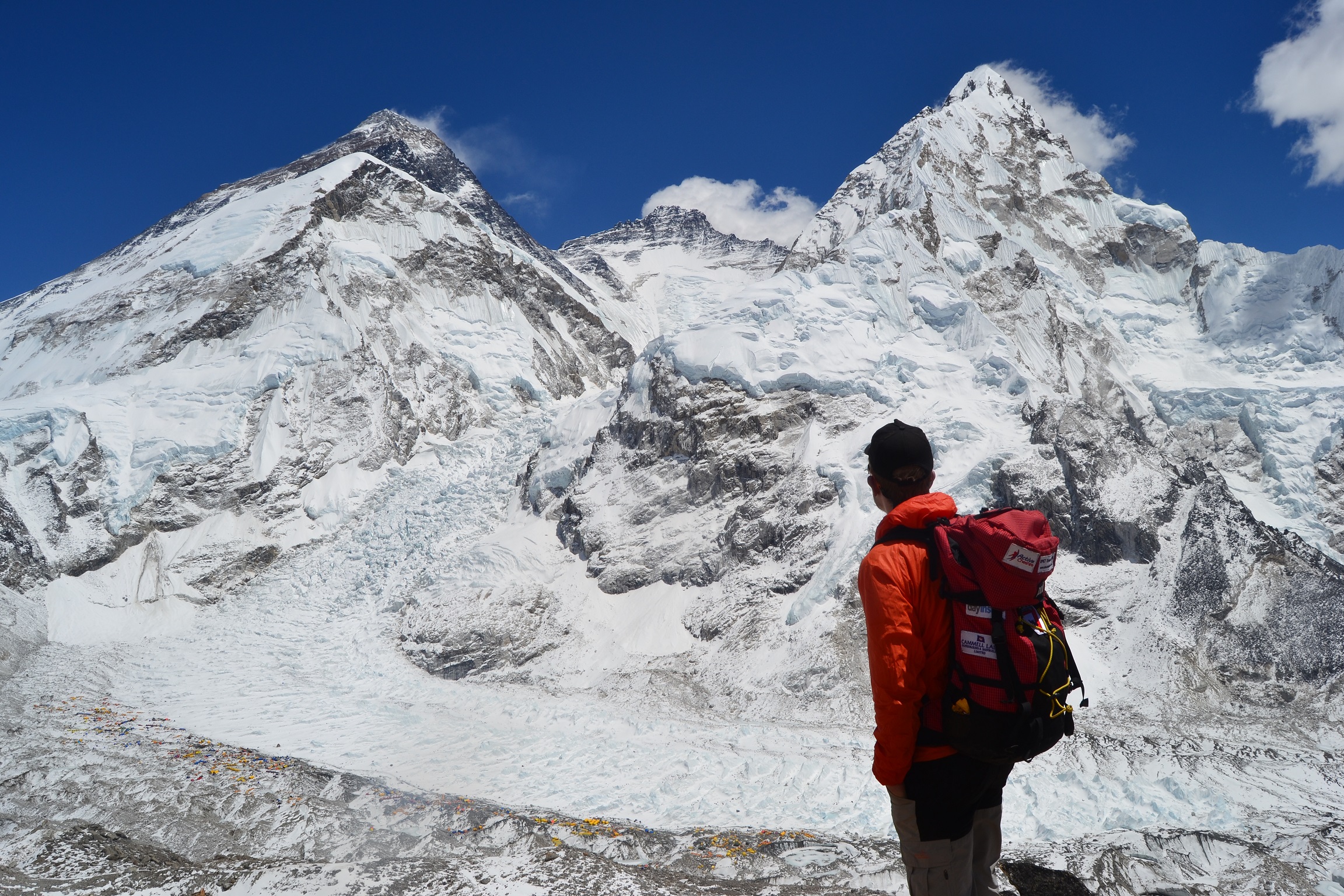 For Alex, what’s important is helping other people overcome their own Everest.

He said: “My Everest happened to be the mountain. But every day has its own challenges and I think I’ve realised how important it is that we grab opportunities, we achieve despite adversity and don’t let anything hold us back in a victim mindset.

“I want to do this through writing, speaking and sharing the story. Showing what’s possible but also raising money for charities that provide funds to make projects happen that directly help people.

“It gives me a sense of purpose; without that I don’t know what I’d do.”

Originally from Cheshire, home is now Kendal in the Lake District where Alex’s fightback against his challenges began as a 14-year-old.

He said: “I came to Keswick on holiday. I didn’t really enjoy the outdoors, didn’t really do any sport. It was my first hill walk that inspired me to dream big and prove myself wrong.

“The outdoors became my way to overcome my personal challenges; the stammering, the bullying, the anxiety, low confidence. So it’s always had a special place in my heart. I realised from a mental health point of view I wanted to come back to my happy place.”

“Running in the mountains is just good for the soul, it puts things right. It’s not a cure, sometimes even getting myself on a run can be a toil. If it wasn’t for that activity I really would struggle.”

When quizzed, Alex says he hasn’t done much recently. That’s aside from writing his second book, Another Peak – covering the breakdown that followed his second attempt on Everest and the Climb The UK challenge – his speaking engagements, presenting Duke of Edinburgh gold awards at Buckingham Palace, his ambassador commitments…the list goes on. 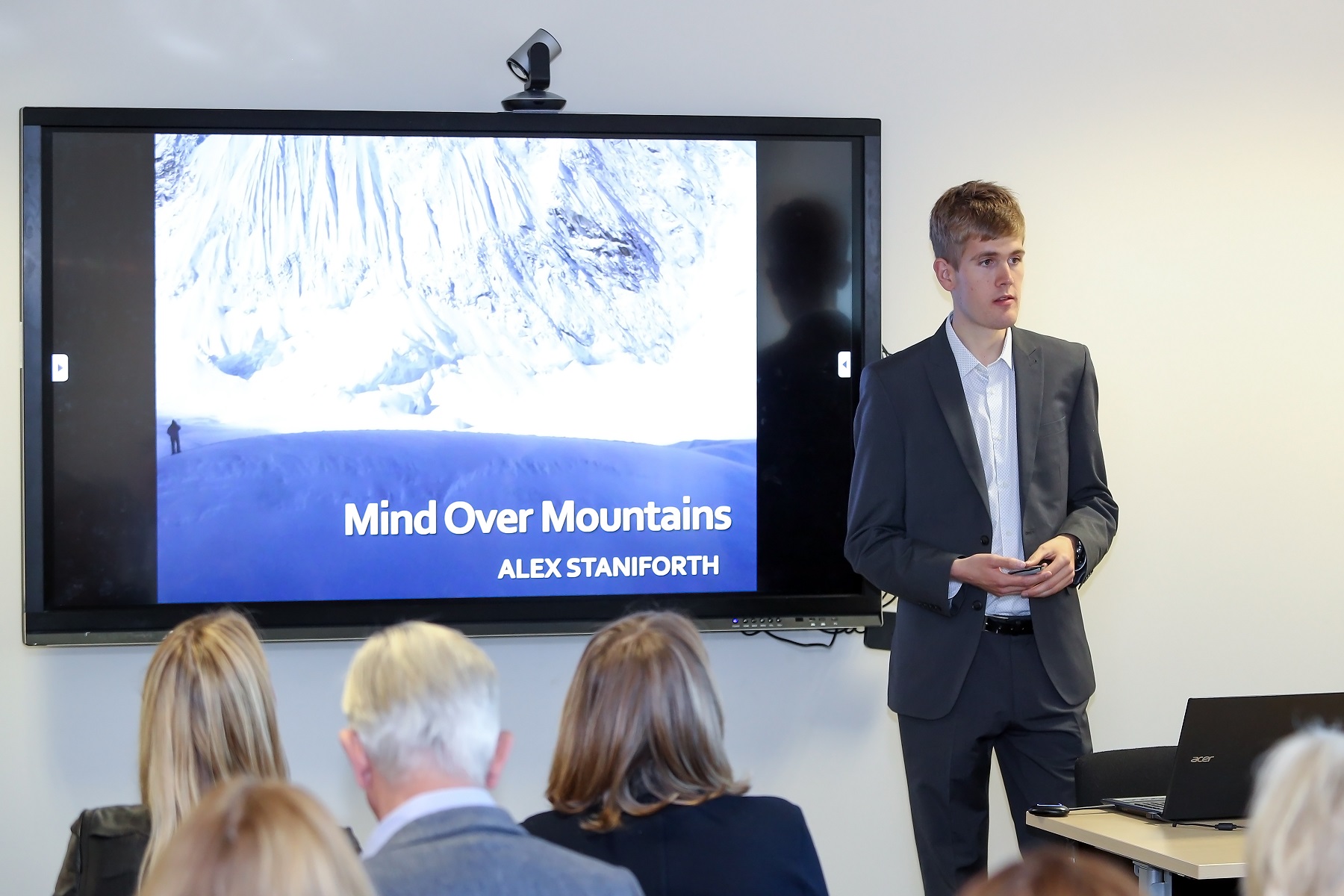 In #MentalHealthAwarenessWeek, he has some specific, personal advice for anyone who may be struggling.

He said: “I feel a bit of a fraud sometimes talking about mental health and sharing when I haven’t solved it myself. 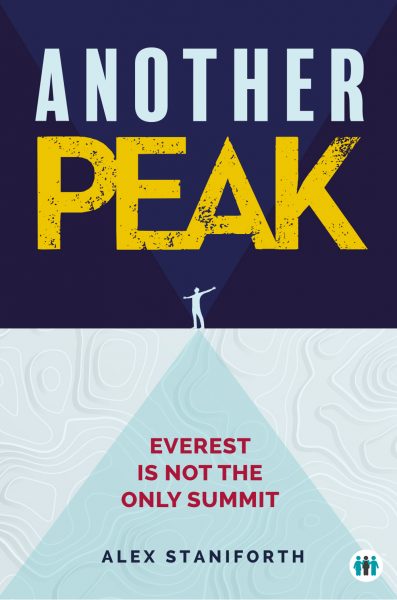 “I’m still struggling, but equally I think that’s what makes it real. Everybody has something that they are dealing with.

“I would say don’t compare yourself to others or you’ll never feel good enough. Being bullied so much as a kid made me very self-critical but ultimately, we’re doing better than we think.

“And don’t waste time worrying about things we can’t control. We don’t always choose our challenges, but we can choose how we respond. Most of what we worry about doesn’t even matter.

“Mental health has no image. It does affect everybody, everywhere, it doesn’t have to be a barrier to us achieving things if we ask for help when the top of the mountain seems so far out of reach.”

Alex ran the London Marathon in April on behalf of the Youth Hostel Association, he can still be sponsored here.
His second book, Another Peak, will be out at the start of July. It can be pre-ordered here.
Anyone wanting to know more about his story, or is interested in booking him as a speaker can visit his website, or follow his updates on Twitter, Facebook and Instagram.

Want help to get out and about more? We’ve previously written about The Wonders of Walking.