Our heroes of the coronavirus crisis

In the midst of the tragic events caused by the coronavirus outbreak, many individuals have gone above and beyond to bring joy, resources and aid to local communities.
Today, as we are again get set to thank all NHS and other key workers with #Clapforcarers, we celebrate some exceptional, everyday heroes.
These are people who have gone out of their way to put a smile back onto the faces of the nation. They’ve helped family, friends and strangers who are vulnerable and in need.
Our six of the best starts with the man of the moment… 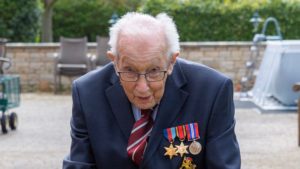 You would think this WWII veteran had done enough for his country. But now 99-year-old Tom has inspired the nation during the coronavirus pandemic. Tom pledged to walk 100 lengths of his garden (2.5km over 10 days). He asked for donations to NHS Charities Together to support him, hoping to raise £1,000. After talking to Michael Ball on BBC Radio 2 the fundraising effort received support from a number of celebrities, with Anton DuBeke, Ian Poulter, Jason Donovan and others wishing him a happy birthday. As a result, since setting up his Just Giving page in early April, Tom has raised an amazing £14million for NHS Charities Together, sparking a campaign calling for him to be knighted for his services to the country. 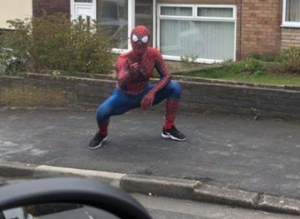 Nicknamed ‘Stockport Spiderman’, Jason has been dressing up as Marvel’s Spiderman for his alloted hour of exercise. He jogs around the local neighbourhood entertaining residents and exciting all of the Marvel fans in his area. The dedicated Facebook group has helped him to connect with locals who have been putting in requests for him to visit their street and bring a little joy to children who are confined to their homes. Jason has recently set up a GoFundMe page and at the time of writing he has already raised £29,000 for NHS workers. The superhero phenomenon has now taken off. You may see Batman, Captain America or Wonder Woman roaming the streets near you! 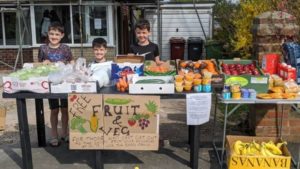 Joshua, nine, Ben, seven, and four-year-old Isaac are brothers who have set up a free fruit and veg stall outside their home in Bolton, hoping to help locals who are unable to go out to the shops. Until recently the project was self-funded by the Barry family, alongside donations from Morrisons, local shops and neighbours. However their Just Giving page has now enabled them to expand their idea and deliver to elderly and isolating locals who can’t leave their homes. If you want to donate or just show support you can do so via their Facebook page, where mum Angela is sharing other local resources and good news stories. 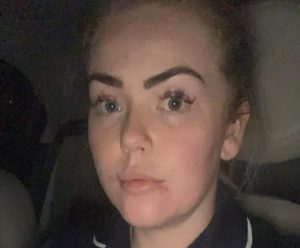 24-year-old Lucy from Wigan was on her way home from a 12-hour shift working as an NHS nurse when her car was hit by another driver. After checking out the other car she saw the driver was an elderly man who looked in a bad way. She quickly learnt the 73-year-old had been self isolating and had been without food for 10 days. Lucy immediately called an ambulance, but didn’t stop there. She could see he was exhibiting symptoms of coronavirus and was clearly very unwell. Even so she followed the ambulance to hospital and kept him company for five hours. He spent the duration holding her hand and expressing his gratitude for her kindness. Sadly, the man passed away the following morning, but the bravery and compassion shown by Lucy meant he wasn’t alone. 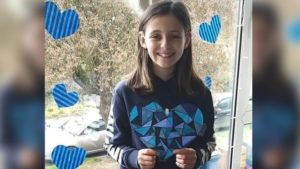 Have you seen the blue hearts being used as a symbol of support for the NHS? Well Tamara is the 11-year-old artist behind the idea. She has stuck blue hearts on her windows for NHS workers to see, making them smile and showing our gratitude. Suffolk-based Tamara is hoping that other children around the country will get involved and make blue hearts for their own windows. The initiative seems to be catching on as the dedicated Facebook group already has 5,000 followers. This is a lovely, easy way to show your support for frontline workers, so let’s all get involved! 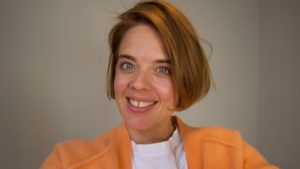 It’s reasonably likely you’ve heard of the #ClapForCarers campaign. (If not, you must be spending your Thursday evenings wondering what on earth is going on). Annemarie is the mastermind behind the inspirational nationwide clap. This happens every Thursday at 8pm to say thank you to frontline NHS workers who are battling to fight coronavirus. Plas has no connection with the NHS herself, but took inspiration from similar movements happening in Italy. She decided to try to make it happen here. Within a day, her post designed to spread the word had gone viral…and the rest is history!

Do you know any local, everyday heroes that we haven’t mentioned? Get in touch with admin@merrick-solicitors.com to give them the shout-out they deserve!