Serving his country in a war zone and helping fellow veterans struggling with the aftermath of similar experiences has given Kevin Porter unique perspective as a therapist.

It means he’s also not phased by the issues which clients bring to him. They seek his skills in tackling low confidence, anxiety or depression brought about by divorce or separation.

A quick glance through his website reveals a wide scope of people and complaints that bear testament to his work as a hypnotherapist. 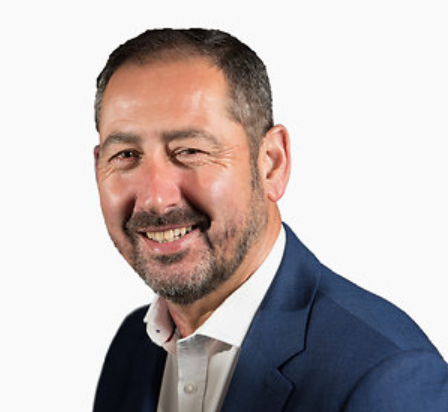 He’s a passionate advocate for RPET because of the speed and dramatic results he says it can bring about in anyone who wants to make a change in their life.

Kevin explained how the common problems associated with a difficult divorce can be eased.

He said: “I work with the unconscious mind to ease the pain of the break-up and help people to expect that it’s normal to feel this way. However, it’s not normal that it stops you from living and functioning normally in your work and personal life.

“Generally, there’s a lack of sleep as well so I also work on that because when you’re stressed you have all sorts going through your mind.”

Without revealing personal details, he describes the help given to a divorcing client.

He said: “When her marriage broke up, she was in a very bad way, she was feeling really down, depressed and worried. She just disappeared into herself.

“Previously she had been a vibrant, lively individual who loved to travel. She loved to go on holiday, travelled the world with her job who became terrified of taking her children anywhere in case anything happened.

“She made an appointment online. I did the RPET session and we worked on the pain, anxiety and travel confidence all in the one session.”

A testimonial on Kevin’s website reveals the impact the client felt that session had on her life.

“I feel so incredibly different. My fragile emotions have disappeared, my self-doubt has been silenced and my sad thoughts and feelings over my ex-husband have significantly reduced.

“I can think objectively, I have focus at work and more energy. I can’t thank Kevin enough, it has been an incredible experience, I only wish I had done it sooner.”

The message of pain

So how does Kevin explain the work that he does to bring about such immediate change?

He said: “I’m not putting people into a full trance, I’m not fully hypnotising people. Everything you ever learn sits in your unconscious mind. I mediate between the conscious and the unconscious mind to create a happy medium and change the message of pain.

“The unconscious mind has created that message of pain to protect the individual from whatever it is they need protecting from. There could be all sorts of reasons that are making you anxious, scared, over-protective or terrified of the future.

Kevin says that by removing those messages of pain and asking the unconscious mind to replace them with more positive outlooks there can be some amazing results.

“People quite often burst into fits of giggles, when the unconscious mind responds they can feel it happen but they’re not controlling it (ideomotor response). It might be a physical movement, a nod of the head or a rise of the hand.”

“Afterwards you will feel absolutely fantastic and simply wonderful. You may feel tired, you’ll sleep better than you have for a long time and you’ll feel very, very relaxed. You may feel very emotional.

“You don’t go on a massive high. You come out of it feeling very positive, maybe emotionally drained, happy or tired. But your mindset will have changed and you will be able to do what you need to do and more.

“It’s also about giving the individual the confidence and strength to fight to be able to focus on the battles that will come up in the divorce. That’s how it helps.”

Kevin’s journey to working with RPET stemmed from his own mental health experiences.

As an 18-year-old he served on HMS Fearless in The Falklands War. His book diaries the ‘fear, excitement and terror’ that he experienced and the diagnosis of subclinical post-traumatic stress disorder (PTSD), anxiety and depression that followed.

Work on the book had ground to a halt as Kevin was unable to get beyond blocked passages in his own mind. That’s when his interest began in hypnotherapy and its use of Neuro-Linguistic Programming.

He said: “I thought ‘Wow, I want some more of this’. I just fell in love with the way you can work with words to help people change their lives. And that’s all it is, use of words to achieve what you want to achieve.

“It is so powerful and because it helped me, I wanted to get out there and help other people.

“It’s very, very rewarding, to see someone change right in front of your very eyes, you can see their face lighten, their physical body lift. All the stress and strain has gone away, it’s crazy.  I’m passionate about it because it happens so quickly.”

Kevin Porter is one of approximately 150 RPET practitioners in the world. He works from rooms in Kendal and Ulverston in Cumbria but internationally with clients through Skype and Zoom.
FEARLESS – The Diary of an 18-Year-Old at War in the Falklands – is available through Amazon. 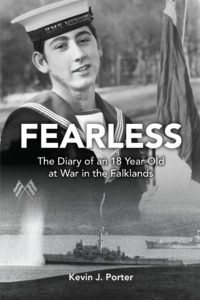