Ready to make the most of May’s second bank holiday and have some half-term family fun? Read on for some great ways to enjoy your free time in Manchester, Cumbria and London.

The Geronimo family festival is billed as the ‘Glastonbury for kids’ and will be taking over the grounds of Arley Hall in Cheshire from May 25th to 28th. Organisers cater solely for children allowing families to connect in a ‘fairytale existence for an amazing weekend’. 25,000 visitors are expected over the three days.
Among a huge range of entertainment there’ll be the Tigers motorcycle display team performing tricks, stunts and jumps, a full scale Highland Games and a daily sock wrestling tournament!

Tackle the world’s biggest inflatable obstacle course in Manchester between May 25th and 28th.
The Monster course will feature giant ball pools and an 18-metre slide and claims to be ‘the ultimate bouncy castle experience’. Adult sessions will run from 11am to 11pm each day, for which you’ll need to be 16 or over. There are morning sessions for kids each day at 10am, but these will only be for those aged 11 to 15.

Fancy helping an inventor, trying some soldering, building a robot or playing a tune on a banana?
Then Makefest at Manchester Museum of Science and Industry is the place for you on the 26th and 27th. MakeFest welcomes tinkerers, coders and artists from all over the North West and beyond, to give it a go, show off their skills and have some fun. There’s even chance to learn how to code and fly a drone.
Then throughout the half term there will be a host of family-friendly events, shows and workshops.

One of the most spectacular sights of the year will be the art installation Poppies: Weeping Window at Carlisle Castle until July 8.
Weeping Window is from the Blood Swept Lands and Seas of Red installation, originally displayed at the Tower of London in 2014. The original artwork consisted of 888,246 poppies, one to commemorate every British or Colonial life lost during the First World War.
The poppy sculpture will be displayed from the top of the keep, arching over the inner ward wall and cascading down into the outer ward of the castle complex.

With a backdrop of the beautiful Lake District, you can sample national hunt racing with a party atmosphere at Cartmel.
The course’s 2018 season gets under way with the traditional three day fixture over the Whit weekend. There’s racing on Saturday 26th, Bank Holiday Monday and Wednesday 30th.
At each there will be funfair entertainment and trade stands. Picnics and dogs are welcome.

Also in The Lakes, there’ll be a huge range of family fun at Muncaster Castle Festival between May 27th-29th.
Among the attractions will be daily shows from Astral Circus Big Top, Ben Gates Sound Sculptures with noisy fun for young and old and chainsaw carving demos. There’ll be performances from the Fool of Muncaster and the festival culminates with the final day’s International Jesters Tournament.

For more ideas on how to spend your family time in Cumbria click here.

Adrenaline, excitement and adventure are promised during a visit to London’s Queen Elizabeth Olympic Park.
Sports fans will love the interactive London 2012 trail where the sights and sounds of the Games come to life. Meanwhile, children can take on secret missions as part of the Explorers Guide in the Adventures in the Park trail. Need to cool off after all the excitement?  Head over to the interactive water fountains and its 195 jets of spray. 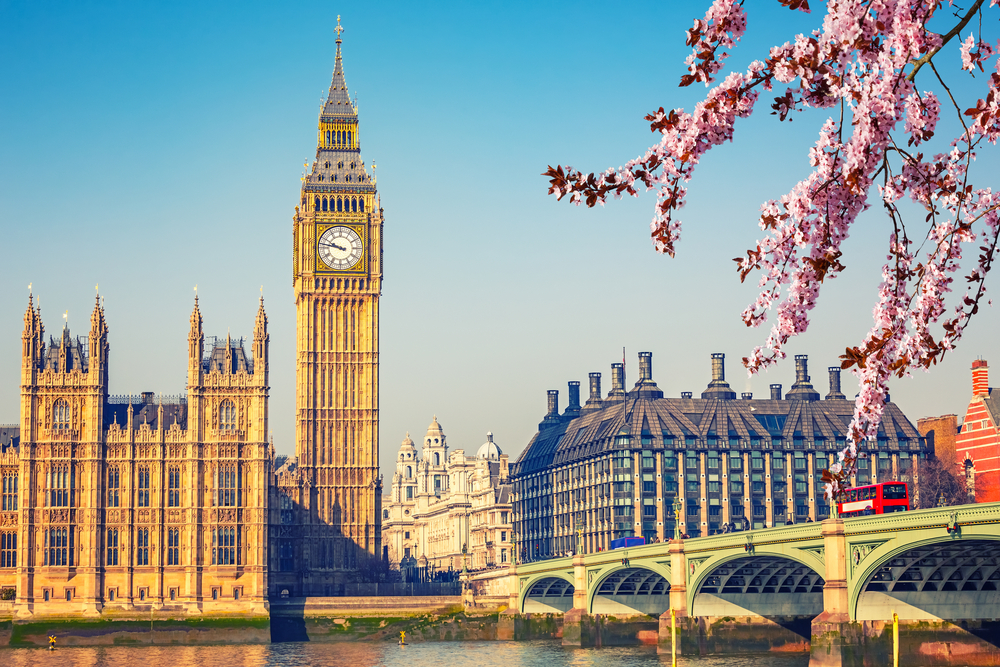 Big Ben and Westminster Bridge in London in spring

It’s Love Your Zoo Week May 28th to June 1st at Battersea Park Zoo, with a different animal in the spotlight each day.
There are accompanying activities to take part in including story time and badge making. Meerkats, coati, otters, farm animals and monkeys will all get their day in the spotlight. And young visitors get the chance to help the keepers each day.

The V&A Museum of Childhood houses the UK’s national collection of childhood objects, ranging from the 1600s to the present day.
As well as toys, dolls and games, the museum has a wealth of objects relating to home, childcare and clothing. In Dream On, visitors are taken on a journey in which two dolls explore the museum after hours. Inventive Children workshops run from May 28th to June 1st. Meet artists and digital makers, including Paul Clifford and Laura X Carlé, and get creative.

More things to do during the half-term in London are here.