Helping our friend after the Manchester Arena bomb

May will mark one year since the Manchester Arena bombing when 22 people lost their lives. A series of commemorative events are being planned to mark the anniversary.
Martin Hibbert was paralysed in the attack. His injuries were described as like being shot 22 times at point blank range.
But his determination to walk again has proved inspirational. It’s inspired others to help him.
Merrick Life talked to friend Lee Kibble about the fund-raising he and wife Katherine, family, friends and colleagues have undertaken for Martin and his daughter Eve over the last year. They’ve raised almost £20,000 and they’re not finished yet. 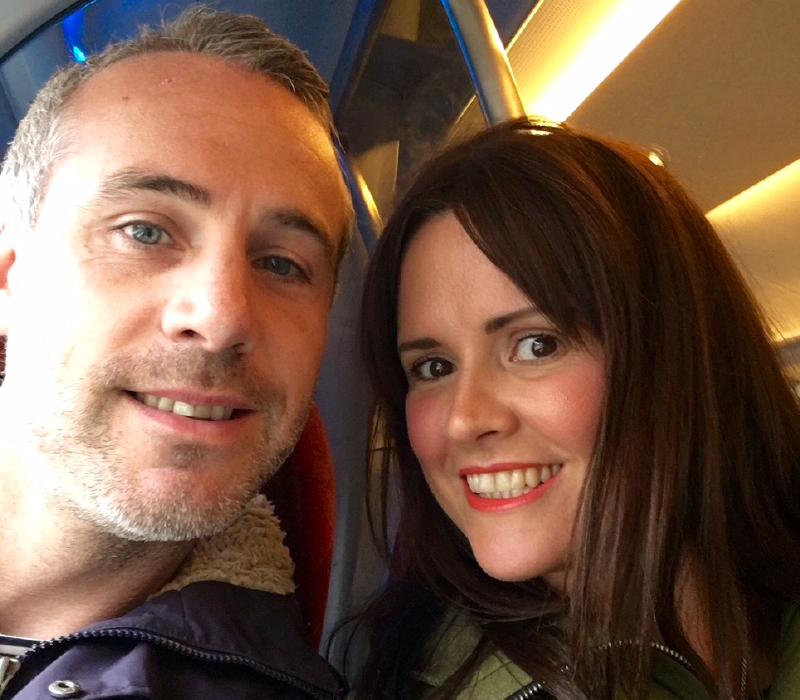 How do you and Martin know each other?

We used to work together at Barclays, more than 20 years ago. There were four lads and we’ve kept in touch over the years even though we’ve all moved on and worked in different places and for different companies.

When did you find out he’d been hurt in the arena bombing?

I was at the airport. I was flying out to watch Man United in the Europa League Final in Sweden. I’d been following it all on TV and social media. Then I got a call from one of the lads to say that Martin had been hurt. It was then the enormity of what had happened hit me.

When did you decide to do something to help?

I went to see Martin in hospital, he was in a critical condition at first. I saw him three or four times. After a while we took him out for lunch in his wheelchair. I think it was then we thought we should be doing something to help. First of all we did a cake sale. At first we thought we’d make £500 or something but then we got some high profile raffle prizes for a night at a club in Manchester and it just continued from there.

How would you describe the response?

It’s been overwhelming really. A lot of people have contributed and helped over the last 12 months. The raffle prizes we got were brilliant. Football tickets, clothes, meals out, the response was just brilliant.
We’ve had anonymous donations, people asking what they can do to help. We’ve never done anything like this before and nothing has been too much trouble for people.

He’s doing all right. He’s been to Australia for NPT therapy (NeuroPhysics Therapy trains the brain to send impulses through other routes to bypass damaged nerves).
That’s had an amazing impact. He can wiggle his toes and he’s got some feeling in his legs. And he can pull himself up unaided. From where he was, that’s a huge improvement.
He’s really motivated, he’s doing his exercises and he’s going back out to continue the treatment.

The Kibbles’ fund-raising page for Martin Hibbert and daughter Eve

Your final fund-raiser is the Manchester 10k on May 20, how are plans for that coming along?

It’s going to be a fun day. There’s about 20 of us doing it of all different abilities, including Martin in his racing wheelchair. I think we’re going to have a lot of support on the sidelines and there will be a great sense of achievement once we’ve done it.

I know the bomb affected a lot of people in Manchester. A lot of people were touched by it and still are. Manchester is a city, a big city, but people know each other. Everyone knows someone who was affected in some way, so I think around the anniversary it’ll be an emotional time.

How can people support you and Martin?

There’s a fund-raising page https://www.justgiving.com/crowdfunding/martin-and-eve-hibbert and we’d like anyone who can help to support Martin and family.

You can read more about Martin’s amazing fightback here.