As many schools across England reopened this week, parents have faced a real dilemma.

Under normal circumstances, school age children would be at their desks now carrying on their studies. But these are anything but normal times. Many parents have had to weigh up the pros and cons of sending their children back after the enforced lockdown.

The announcement that nurseries and some primary students should return to school on 1st June was met with scepticism from some parents concerned about the safety of their children and themselves. A major survey found 90% of parents were opposed to the re-opening of schools at this stage.

Nevertheless, new Government guidelines meant many pupils in Reception and Years 1 and 6 could return to their desks earlier this week, as nurseries and early years providers also welcomed back the children in their care.

Chief concern for many parents is the risk their child may contract coronavirus as they interact with teachers and friends. To combat this risk, the Government advised schools to ‘limit the amount of contact between different groups of children’. It also wants the introduction of ‘additional protective measures, such as increased cleaning and encouraging good hand and respiratory hygiene’. However, many have argued that this advice will be difficult to implement.

There is dispute over whether protective measures are necessary for primary school pupils. A recent study by University College London found that children show lower rates of infection than adults, accounting for between 1 and 5% of coronavirus cases so far. 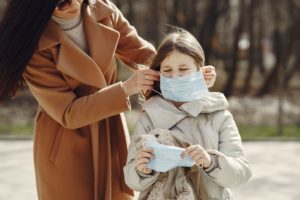 Research in Australia also found 18 infected individuals from 15 schools only transmitted the disease to two individuals after having close contact with 735 students and 128 staff in total. Even so, there is not yet enough comprehensive evidence to draw conclusions regarding the way the virus affects children.

Fortunately, those students who are infected are less likely to suffer severely. A study of 2-13 year olds found that 1 in 8 of those with a confirmed case of the disease were asymptomatic and more than 90% of patients had asymptomatic, mild or moderate symptoms. That being said, the ‘moderate’ classification included symptoms which could cause significant discomfort and anxiety to a child. Moreover, of the 2,135 paediatric patients assessed, one 14-year-old boy was reported to have tragically died from the disease. In fact three under-15s have sadly passed away from the virus in the UK.

There is strong evidence that the initial decision to shut schools reduced the overall transmission rate in the UK, although this measure did not have as big an impact on preventing deaths as other social distancing interventions.

To manage the risks associated with reopening schools, a recent SAGE report modelled nine different ‘return to school’ scenarios. The Government has implemented what is expected to result in the smallest increase in disease transmission.

Government guidelines have dictated that primary year groups return first as they are less likely to become unwell if they are infected. Evidence shows this age group will experience a particularly detrimental impact from time spent away from education. Research suggests that time spent out of the classroom as a result of previous natural disasters and disease outbreaks resulted in diminished academic achievement, which impacted on future employment and earning potential.

The use of distance learning may even exacerbate the damaging educational impacts of the pandemic on those from disadvantaged backgrounds. A recent survey found that working class students reported they spend less time each day learning and are less likely to access recorded lessons online than those from middle class homes. Also, students from deprived schools were more likely to have inadequate access to an electronic device or the internet.

Missed lessons may be offset

It’s claimed the effects of missed lessons may be offset once children return to the classroom if teachers are able to focus their content, tailoring it to the subjects that students find more difficult. This was achieved following the 2011 Christchurch earthquakes.

The impact of missed school for children from poverty stricken areas may not be limited to their academic achievements. The United Nations Educational, Scientific and Cultural Organisation (UNESCO) has stated that school closures will carry social and economic costs that will most severely impact the most vulnerable and marginalised children and their families. As a result of school closures, these children may have experienced increased exposure to violence and exploitation. Those who rely on free or discounted school meals may have gone without or received poorer nutrition.

Despite these concerns, less than a third of parents in the poorest families would send children back given the choice. This is despite admitting they are struggling to support their children’s at-home learning.

Teaching unions, including the largest, the NEU, have been critical of the Government’s strategy. It has argued there should be no return to the classrooms until test and trace is proven to work.

There is no easy answer for anguished parents torn between differing viewpoints on the return to school.

Whether or not you decide to follow the Government’s recommendations, its guidance for parents and carers offers more information regarding the latest scientific advice. This includes which children should return to the classroom; whether attendance is mandatory (non-attendance will not be fined at this stage); how the risks are being managed; as well as guidance on travel and school meals.

Still looking for homeschooling tips? We’ve got some here.

At Merrick we are supporting our clients as usual during this unprecedented time. We hope you are all staying safe and well.