A lot has changed since we were promised a ‘great British summer’ by Matt Hancock back in January.

Not least, of course, Mr Hancock is now the former Health Secretary.

It was early in the third lockdown. The vaccine rollout was going great guns, the Delta variant had yet to make itself known and we had a roadmap out of restrictions.

Since then, the gradual unlocking of society has obviously stalled on step four as Covid cases have again risen. But, fingers-crossed, that step should be surmounted on July 19, just days after the majority of schools sign off for the summer.

So, with that in mind, what can we look forward to in July and August of this delayed British summer?

Unfortunately the virus put paid to many early summer favourites. But Merrick Life has had a little look ahead to some of the events planned. With some newcomers, and old favourites returning after a fallow 2020, there’s still lots to be excited about.

July 3-4 – Looking to kickstart your summer? Then best to get started right away. The Great British Food Festival is a touring event that rocks up for the first time at spectacular Lowther Castle, near Penrith. Guests are promised a Viking cooking experience, foraging guided walks and a ‘cake off’. They’re alongside the artisan producers, hot food, real ale and wine bars, craft and gift stalls and children’s entertainment.

Throughout July – Not ready for crowds just yet? Then the Secret City: Drive-in Cinema may be just the thing for you. Drive-ins made a comeback during the various lockdowns. This one, near Manchester’s Trafford Centre, promises a box office summer season. Take in oversized props and bright and vibrant scenes before settling in to watch recent cinema releases and classic favourites from the comfort of your own car.

July 23-August 8 – One for the armchair sports fan. Even if you were prepared to stump up the cash to get to Japan, the delayed Olympics will be going ahead without international fans present. No matter, 339 events, 42 venues and wall-to-wall coverage. Time for us all to become ‘experts’ on the intricacies of artistic swimming and BMX freestyle. 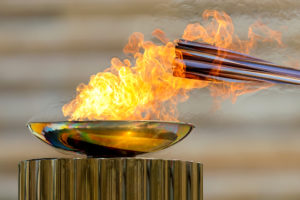 Tokyo 2020: One for armchair sports fans only

July 30-August 1 – Missed your annual trip to the seaside while all those restrictions have been in place? Fear not, Blackpool is still there and as bold and bracing as ever. Tie in a paddle and donkey ride with a visit to the World Dance Masters, a huge event at the Winter Gardens featuring more than 1,200 competitors from across the world. There are workshops, social dancing and live music.

July 30-August 15 – Judging by the hoopla for their recent reunion show, the Friends phenomenon is still alive and well. And also making a return for 2021 is FriendsFest in Manchester’s Heaton Park. It’s your chance to walk the sets of the hit 90s sitcom. If you’ve ever wanted to grab a coffee at Central Perk, play foosball at Joey and Chandler’s or recreate the iconic title scenes, then this is for you.

July 31-August 1 – The British Grand Prix is expecting 140,000 fans at Silverstone earlier in July and while numbers in the North West won’t match that, there’s sure to be a very healthy turnout of motorsport fans for the British Touring Car Championship at Oulton Park in Cheshire. A great family atmosphere off track, with 12 corners on a 2.2-mile circuit for drivers.

August 7/14 – It’s back (and it hasn’t even gone away yet!). The 2021/22 football season starts in earnest for Championship, League One and Two teams on the 7th. They’re followed by the big boys of the Premier League the next weekend. Will fans be allowed back in to support their team in numbers by then? Will England be European Champions?

August 27-30 – Manchester Pride Festival is one of the world’s leading celebrations of LGBTQ+ life. Some events are free to attend and some require the purchase of a ticket. On the 28th it’s the festival’s most highly anticipated event, the Pride Parade. 2019’s was the biggest yet, with 200 organisations, more than 14,000 people marching and tens of thousands of spectators filling the streets with colour. 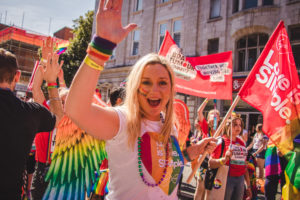 August 29 – Wheeled contraptions of all shapes and size will be taking to a town centre course in Cumbria for a  Super Soapbox Challenge with spectators lining the route hoping for plenty of thrills – and spills. The charity challenge was a huge hit in 2019. It’s back in Barrow to give the inventors, the daredevil drivers and those who just like a good laugh at others, a chance to do it all again.

◊ Many events will look different to how they did pre-pandemic. Most are now pre-book only so it’s advisable to check well in advance. And, as we’ve all become accustomed over the last 15 months, make sure there’s no last-minute cancellations or changes and that you understand whether any Covid restrictions are still in place.

→ Fancy a visit to the Lake District? We’ve written previously with some suggestions on where to visit.