The world stands with Manchester

By any standards, Manchester’s display of unity and respect in the face of tragedy has been humbling.

A year ago, as the city dealt with the appalling terrorist outrage carried out in its midst, there were myriad stories of courage and unselfish actions. From first responders treating the injured, to passers-by helping strangers, to taxi drivers ferrying the distraught home without charge.

The response continued to be no less impressive after the headlines subsided. There have been frequent and public displays that demonstrated here was a community brought together and strengthened, not diminished, by tragedy.

That was most dramatically evidenced at this week’s commemoration events. People from all walks of life united to remember those killed and support the injured or grieving.

From the impeccably observed minute’s silence, to the mass singalong in St Ann’s Square, to the heartfelt messages on the Trees of Hope, to the ringing of church bells signifying the precise time of the attack.

All have conveyed a message that while the city is still grieving and hurting, its resolve remains strong. And it’s essential it endures.

The Bishop of Manchester, Dr David Walker, addressed the need for continued comfort and patience in his service of remembrance address in Manchester Cathedral. 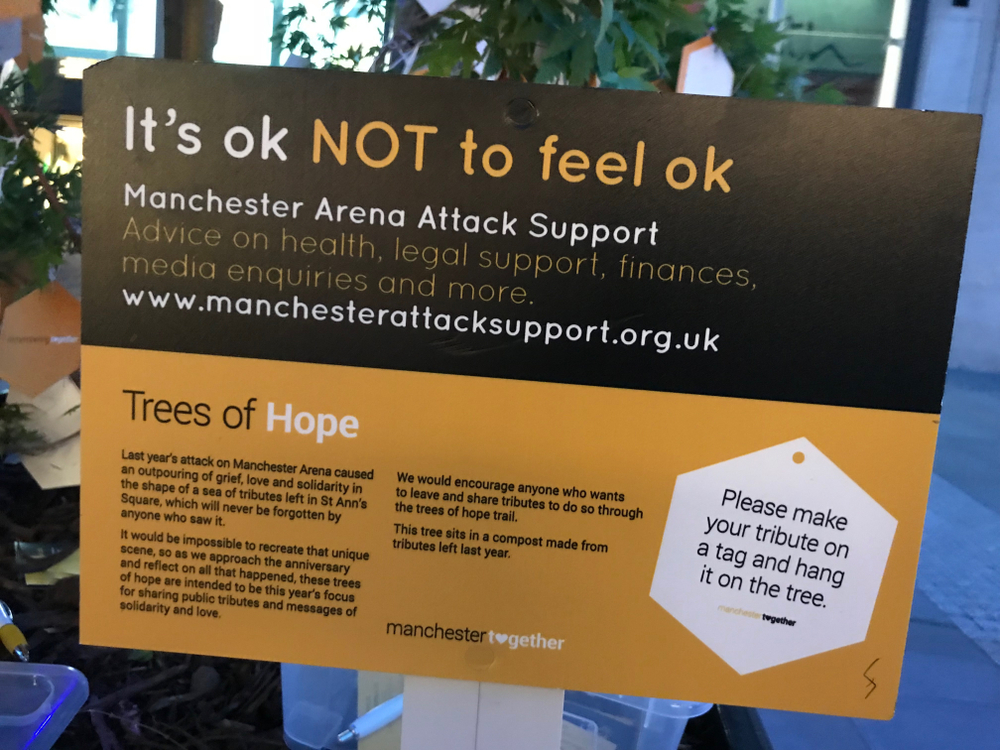 He said there was no timetable on recovery for those still grieving or dealing with physical and mental battles.

He said: “Whilst we sometimes overwhelm people with care and support in the immediate aftermath of injury or loss, we then withdraw. Interest is taken off in other directions.

“Too often, just a few months on from a horrific event those still bearing the pain are left feeling unsupported. Some even made to feel guilty at not having ‘got over it’ as rapidly as the rest of us would find comfortable.”

Those closest to the impact of the atrocity will know only too well the road they still have to travel.

Away from the crowds, the singing and the well-meant tributes, daily battles still have to be fought.

That’s where the true strength of a community and its people can shine through. In continuing to deliver that shoulder to lean on and a helping hand.

And most of all understanding that for some, life cannot and never will return to normal.

Last month we spoke to Lee Kibble about the fund-raising being undertaken for Manchester bomb survivors.

Lee, wife Katherine, and more than a dozen family and friends were among the thousands who took to the streets of Manchester for May’s annual 10k. This year’s event had added poignancy as it was just two days before the first anniversary of the Arena blast.

The run was the finale in a series of events to raise funds for Martin Hibbert and his daughter Eve. Both were badly injured in the blast, Martin was the closest survivor to the actual blast.

Lee told Merrick Life: “It was a great day. It was amazing, people were shouting your name. When you are doing it for such a worthwhile cause you dig in and want to do it. 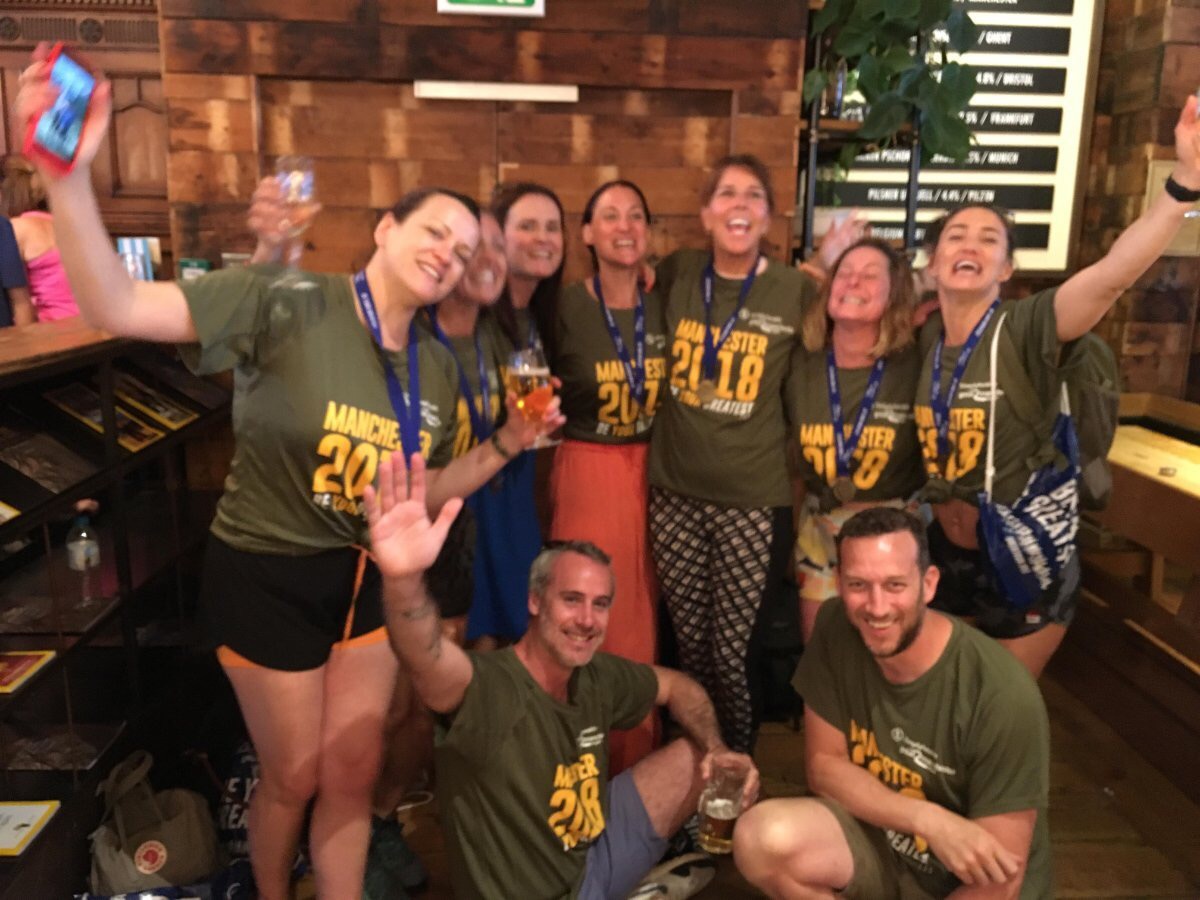 Lee, bottom left, and more of the 10k fund-raisers

“We felt such a sense of achievement when we crossed the line.”

Martin himself did the 10k in his racing wheelchair and has been inundated with media interest inspired by his determination not to be beaten by terrorism.

Lee added: “I never thought we would generate this much money, it’s just snowballed. We are just so overwhelmed, there are so many people to thank. It really has been a team effort.”

Those inspired can still donate here.