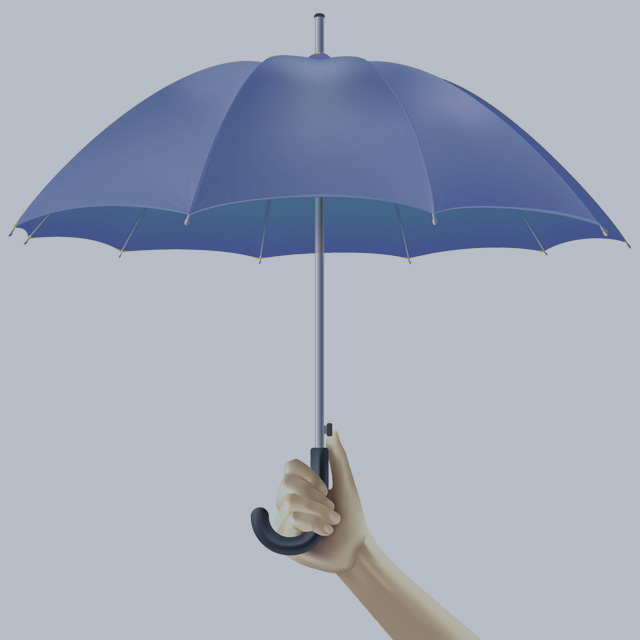 In 2004 the Government introduced civil partnership for same-sex couples in England and Wales, for the first time enabling them to enter into a formal legal relationship (although the law did not come into effect until December 2005).  Civil partnership gives same-sex couples similar rights to married couples, the primary difference being simply one of terminology. That difference was subsequently ‘rectified’ in 2013 when the Government passed the Marriage (Same Sex Couples) Act, giving same-sex couples the right to marry.

Rebecca Steinfeld and Charles Keidan are a young couple in a committed long-term relationship. They have a daughter, and another child on the way. As Mrs Justice Andrews explained in the High Court: “They wish to formalise their relationship, but they have deep-rooted and genuine ideological objections to the institution of marriage, based upon what they consider to be its historically patriarchal nature. They wish, instead, to enter into a civil partnership, a status which they consider reflects their values and gives due recognition to the equality of their relationship. However, they are currently unable to do so.”

Accordingly, Ms Steinfeld and Mr Keidan took the matter to the court. They sought a judicial review of the Government’s decision not to extend civil partnership to opposite-sex couples, and a declaration that the law is incompatible with Article 14 of the European Convention on Human Rights.  The latter prohibits discrimination on the basis of sex (amongst other things), taken in conjunction with Article 8 of the Convention (the right to respect for private and family life).

The case went before the High Court in January 2016. Mrs Justice Andrews found that the law was not incompatible with Article 14. She held that the difference in treatment between same-sex couples and opposite-sex couples did not infringe the right to private life. Opposite-sex couples can achieve exactly the same recognition of their relationship and the same rights, benefits and protections by getting married, as they always could. Accordingly, the application failed.

Ms Steinfeld and Mr Keidan then appealed, to the Court of Appeal. The Court of Appeal agreed that the law is discriminatory, but two of the three judges held that the discrimination was justified because the Government is looking into changing the law, and needed more time to consider the matter.* The appeal was therefore dismissed.

So what exactly would it mean for cohabiting couples if the Supreme Court finds in their favour? To answer this we need to look a little more deeply at their reasons for preferring civil partnership to marriage, and for wishing to enter into a civil partnership at all, rather than simply continuing to cohabit. Those reasons were perhaps best set out in a statement from a witness supporting their case, who has been in a relationship with her partner for thirty-five years. She stated that she wants to enter a civil partnership to gain the same protection under the law as married or civil partnered couples, adding:

“We have chosen not to get married for thirty-five years on principle. I do consider marriage to be a patriarchal institution and unnecessary for me to feel either committed or secure in my relationship. …I believe that many young cohabitees with children, where the property rights are not as clearly set out as they might be, are being left without the chance of protection at a time when their children are most vulnerable. The law should protect these families in the same way as it would protect families of same sex couples who opt for civil partnerships or indeed of married couples.”

In short, then, some cohabitees do wish to have a legally binding relationship but choose not to marry because they do not like the institution of marriage. Expanding civil partnership to heterosexual couples could provide a way to formalise such relationships, with all the associated legal protections.
In the meantime, there remain a number of myths surrounding the legal rights of cohabitees, including:

1. The myth of the common law marriage: A very high proportion of the population believe that if you cohabit with another person for long enough you will become their ‘common law’ spouse, with the same rights as if you were married, such as the right to seek maintenance or other financial provision when the relationship breaks down. This is simply not true. There is no such thing as a common law marriage, and no length of cohabitation will make you your partner’s ‘spouse’.

2. I will get a share of my partner’s property simply by living there: Afraid not. Many cohabitees live in a property owned by their partner. They do not acquire any interest in the property simply by living there. If they were married or in a civil partnership then, when the marriage or civil partnership is dissolved, they have a right to seek a share of the other party’s property. No such right exists for cohabitees. As a result it is quite possible when cohabitation breaks down for the non-owning party to be left homeless.

3. Having children gives cohabitees further rights: It does not. The rights of cohabitees (or lack of them) do not alter when they have children. It may be possible for the party looking after the children after the relationship breaks down to seek financial provision for the children, but that does not mean that they can seek financial provision for themselves.

According to the Office for National Statistics, there were some 12.7 million married or civil partner couple families in the UK in 2016.  The second largest family type was the cohabiting couple family (3.3 million).  Surely, it is time for those people to be able to choose a legal status for their relationship which is right for them.  The alternative, it would seem, is to abolish civil partnerships – but what of those people who have entered in to them over the last 12 years and what would that say about a 21st century society that professes to be equal, diverse and progressive? 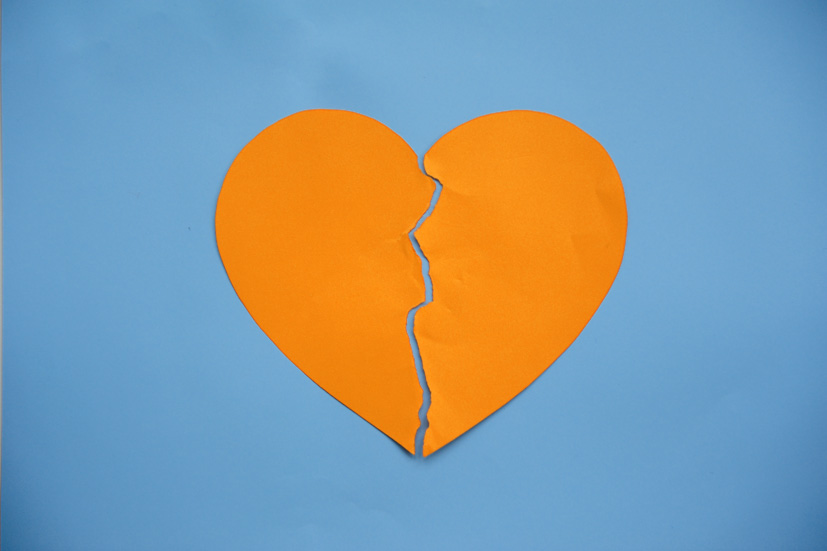 News and gossip columns of late have been rife with stories of celebrity divorces, separations and possible reconciliations, the most recent being that of Brad Pitt and Angelina Jolie (‘Brangelina’). The latest rumours suggest they may be attempting reconciliation. Of course, their proceedings are being conducted in Los Angeles but it has caused us to ponder the issues they would need to address in these circumstances if they were getting divorced here in England & Wales.

The first question must be: How can the divorce process be stopped once commenced? The answer very much depends on what stage the proceedings have reached when the decision to reconcile is taken.

At this juncture, we must pause to dispel a couple of family law myths repeatedly promoted by the media: 1. the pronouncement of a decree nisi does NOT bestow divorce; and 2. there is no such a thing as a ‘quickie divorce’; fast as he was in his day, not even Ryan Giggs can avoid the prescribed minimum period of six weeks and one day which has to pass AFTER a decree nisi pronouncement BEFORE decree absolute can be granted. So, it is, that the decree absolute is the last part of the divorce procedure and it is this decree (NOT the decree nisi) that brings a marriage to an end.

Therefore, if the decision to reconcile is made BEFORE decree absolute has been granted there is no need to take any action to stop the divorce in the event of reconciliation. The court will not advance the proceedings unless one of the parties (usually the petitioner) takes the necessary steps to proceed with it.

AFTER the decree absolute has been granted, save for a procedural irregularity, it cannot be set aside and it is then too late to avoid divorce.

If the reconciliation proves to be successful can the proceedings be withdrawn? Once again, timing is everything.

If the decree nisi is yet to be pronounced then the parties can apply by consent to have the divorce petition dismissed. Once done it is as if the proceedings had never been issued.

There is a little-used provision in the law that enables the court to adjourn divorce proceedings for such period as it thinks fit if at any stage it appears there is a reasonable prospect of reconciliation and so enable those attempts to be made. This might be useful in defended proceedings which in practice are rare but occur when a divorce petition is issued and either the other party does not accept the marriage has irretrievably broken down (see our previous post Owens v Owens – a child’s perspective) or does not accept the grounds upon which the petition is based. However, most divorce petitions issued today proceed on an undefended basis.

Should the proceedings be withdrawn in these circumstances? In brief, to avoid any bar to the issue of future divorce proceedings the existing proceedings should be withdrawn. Failing that, if you sadly find yourself once again sat across the desk from a divorce lawyer you must remember to tell them about the previous proceedings.

What if the reconciliation is not successful; does any period of resumed cohabitation affect pre-existing divorce proceedings? The six-month rule applies to all five grounds currently available to any party seeking to prove an irretrievable breakdown of their marriage.

Cohabitation for more than six months after learning of an act of adultery is assumed acceptance and it can no longer be relied on for the purpose of obtaining a divorce. Any period of cohabitation not exceeding six months will be disregarded.

A particular act of unreasonable behaviour can be relied on as long as you do not live with your spouse as man and wife for more than six months after it occurred. This does not, however, prevent the court from looking at the history of your marriage and the cumulative effect of conduct over time.

So what of Brangelina? It now looks like the delay in their divorce may in fact be due to complications relating to their financial settlement. If this is true, then perhaps the pre-nuptial agreement they reportedly entered into before they married did not cover every eventuality – a topic for another post on another day perhaps!

The above is only a brief summary of the relevant law. For detailed legal advice on any of the issues raised in this post we recommend you consult with one of our specialist family lawyers on 0161 838 5410 – it’s always good to talk!