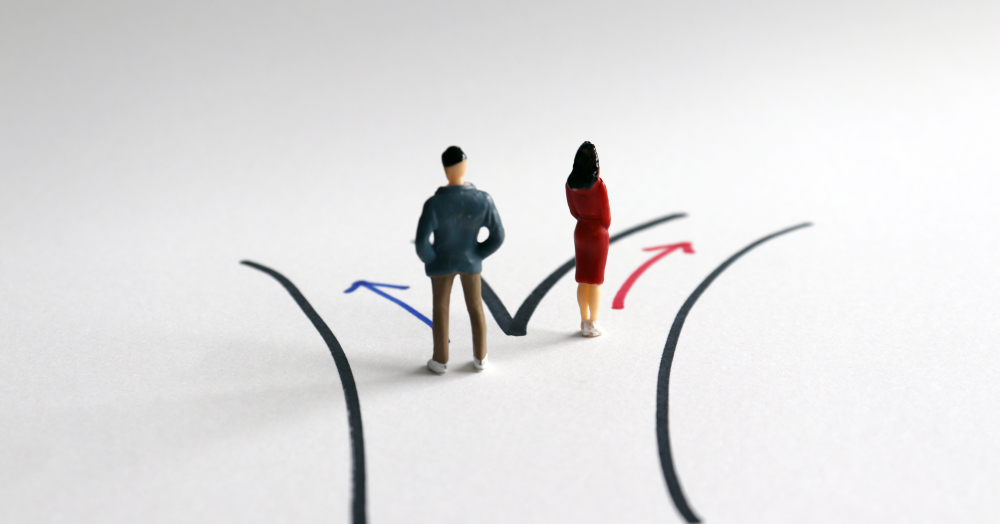 Commentators and newspaper columnists have done their best to divine insight from the recently announced drop in divorce figures.

The truth is that, while the numbers are interesting, reading any long-term trends into them is much harder.

In 2020, there were 103,592 divorces granted in England and Wales, a decrease of 4.5% compared with 2019. That fall seems to have surprised many who thought that the many stresses of the pandemic, including that first lockdown in March and the months of uncertainty that followed, would drive up the numbers.

The reality is most relationships finished off by Covid would have struggled to reach a decree absolute by the end of that year. The ‘average’ divorce takes something like four to six months and the courts themselves were hit by restrictions and lockdown.

Only after we’ve seen the picture for the succeeding years may we gain a clearer understanding of what impact Covid has had on couples taking action to end their relationships. Even then there will be other factors that have to be taken into consideration.

The numbers released by the Office for National Statistics for 2020 included:

That’s all set to change from April 6, when so-called no-fault divorce is introduced. This will allow the dissolution of a marriage without the need to show wrongdoing by either party.

(Commentators have also surmised this may have played a part in 2020’s divorce rate drop. Separating couples who did not want to have to prove fault may have waited for the legislation to come in. It had been set for introduction in autumn 2021 but was delayed.)

We wait to see how exactly the new system works. Our advice would always be to seek professional legal advice at the earliest opportunity if thinking about divorce or separation.

It is always important to be aware of all the options and implications. That way informed decisions can be taken about important matters such as family, finances and relationships.