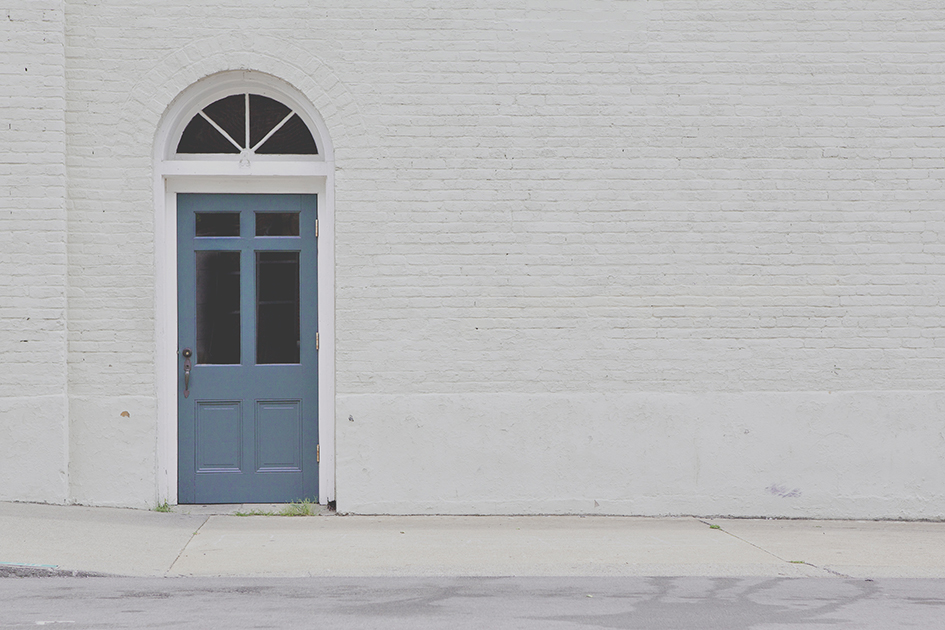 If you want to ensure there’s more widely available access to your legal expertise, how best to make sure it reaches those in need? Not by just sitting in a city centre office waiting for people to navigate a maze of names and find their way to you.

This is why I launched our ‘on the road’ family law service #LawtoDoor – a name which reflects a long-held belief that the law should be visible and those who practise it should be accessible.

Currently, we operate monthly #LawtoDoor days in Cumbria and London.

In our hometown of Manchester we’re as happy meeting those we can help in their homes or places of work as at our offices.

It’s about making it as easy as possible for people to get the qualified legal help they need.

We are often the first professional service to be consulted and that is not a responsibility to be taken lightly. Some people are nervous about seeing a solicitor; by the time they sit down to talk to us it’s most likely their marriage or relationship is nearing an end, if not yet over. Acknowledging this and starting that conversation is undoubtedly hard.

Seeing clients in a less threatening, less invasive environment hopefully helps them and it’s important as there’s a lot of information that needs to be exchanged. From there it’s up to us to explain how it will be and what to expect. Maybe it’s the northerner in me, but I’m inclined to tell it like it is. It’s important that our clients are told what they need to know, not what they want to hear.

Often at the outset clients can also fear that months later they will be left with little money or without an arrangement that allows for quality time spent with their children. Contrary to this our aim is to ensure they achieve the best outcome in all the circumstances and can look forward rather than live in the past.

Legal aid is now only available in a small number of cases but there are many family lawyers with a genuine desire to help.

Here at Merrick we now have three levels of service offering. We call them Prestige, Benchmark and #AccessUs – more information about them can be found here.

We are proud that #AccessUs allows us to act for those who may not otherwise be able to afford the best available legal advice.

With #LawtoDoor we are redefining boundaries that otherwise limit accessibility to our services.

Both are #lawforgood, another of our initiatives which we will talk about in a future post when we consider the importance of rebuilding trust in our legal system.

As someone commented on Facebook in response to our latest #LawtoDoor event:

‘To make access to the law is a vital basic human right. Thank you for this innovation. So much of our legal rights are now eroded we have to use the legal system because it is the backbone of history. It is slowly being tampered with to make access impossible. This is a very good move.’

Future dates for London and Cumbria can be found here. 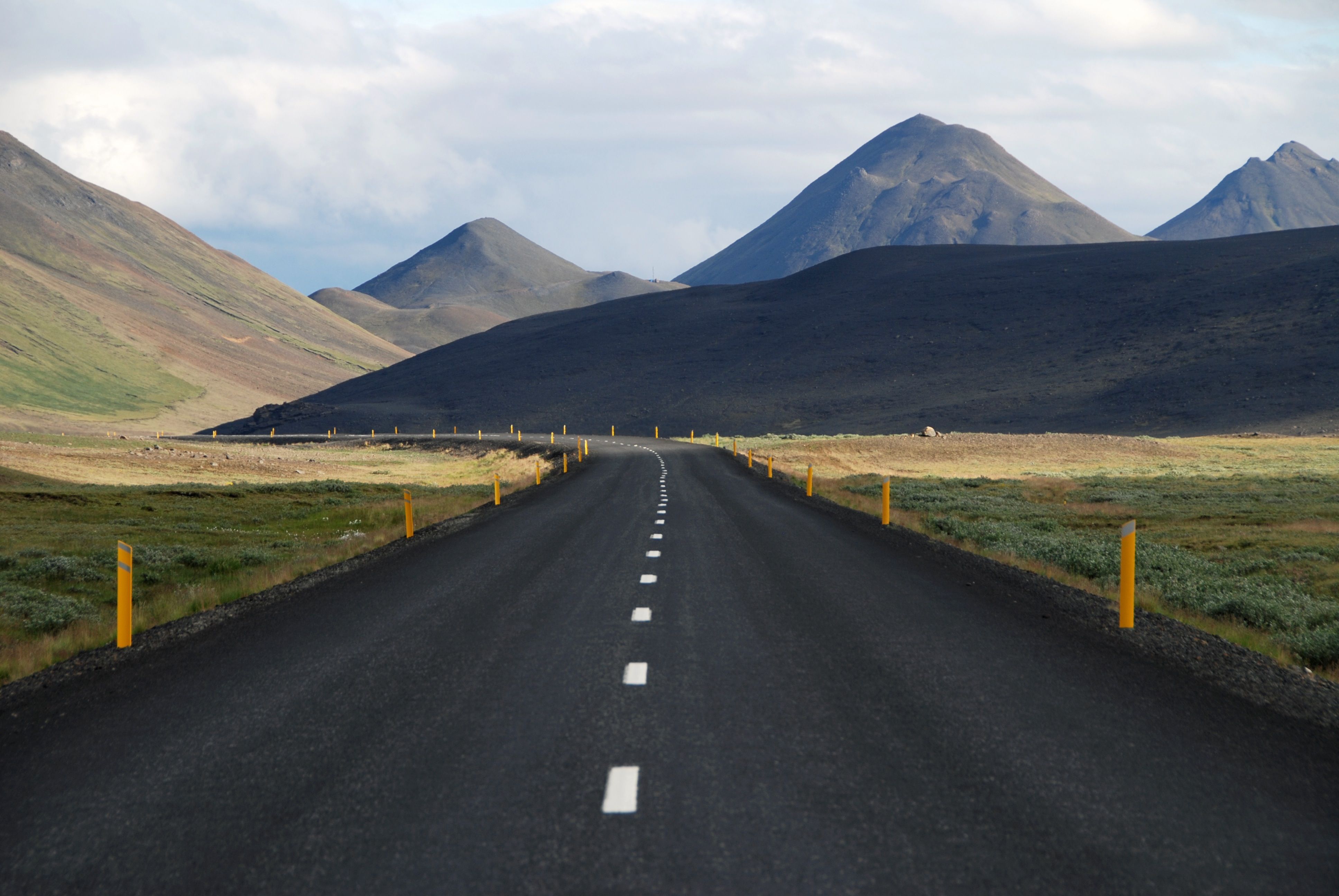 Amanda Merrick and her team are looking to break the mould in taking their services on the road to meet potential clients at venues and times that suit them.The service is called #LawtoDoor and it is in Cumbria this Friday (Dec 8).

Amanda has been a Manchester-based family lawyer for 28 years and has successfully developed #LawtoDoor to further extend her work in London. Cumbria is the second area to be chosen for the service.

Amanda, who has strong family connections in the Lake District, said it was vital those in rural areas had good access to the range of skills and experience that were often needed in times of intense stress, such as divorce and family breakdowns.

She said: “I have a long-held passion for the law and firmly believe in access to justice.

“Cumbria is a part of the world that is very close to my heart and I understand that while it’s the isolation and rural beauty that makes it unique, that can also cause problems for people when they need services that are often only found in our bigger cities.

“#LawtoDoor is my way of trying to make those services more accessible. No longer do we sit expecting you to come to us.  Thanks to a membership of the Institute of Directors we now have use of meeting rooms nationwide; we can meet with you at home instead if you prefer, or at work, if space and the boss allow.

“I’m also partial to a cuppa if you want to meet first on a more informal basis.”

Anyone in need of Merrick’s professional help should get in touch for an appointment on 0161 838 5410 or email info@merrick-solicitors.com

Amanda has extensive experience in cases of high net worth but she hasn’t lost her long-held passion for the law and access to justice ensuring that MERRICK remains committed aswell to #lawforgood.  The firm has, therefore, recently developed its own AccessUs scheme, which aims to ensure good quality legal representation is also available at an affordable level.

Amanda, who developed a love of the Lakes through her father, Tony, a former long-term licensee at the Queen’s Head Hotel in Hawkshead, said: “There are lots of people who can’t get advice because they can’t afford it.

“We are, therefore, rolling out AccessUs, a case-managed service intended to enable access to justice and every member of the Merrick team is tasked with dedicating a certain percentage of their time to it.”

Family, Manchester and The Lake District.

Three things we know and love all have a starring role in a current piece of prime BBC drama.

The trials and tribulations of The A Word’s Hughes and Scott families are back on our screens – alternately making us smile and tugging at our heartstrings.

When it comes to strained relationships, this has it all. The central theme may be the family trying to come to terms with seven-year-old Joe’s autism, but add to that separating couples, serious illness, single parenting, new relationships and the stress of launching a business.

For family lawyers, it’s a bit of a busman’s holiday.

The six-part drama revisits the messy, mixed-up lives of families struggling to do their best as parents and people when nothing ever feels normal. Change to a routine or personal circumstance can be difficult for us all. For an autistic child it has the potential to throw their whole life – and therefore the lives of all those close to them – upside down.

It’s impossible not to be gripped by the conflicting parental emotions of wanting to protect and keep close and knowing that in this situation expert help is what’s required.

There’s undoubted love and concern running right through this fictional family but there’s also the realism that living in a beautiful part of the UK doesn’t grant immunity from life’s body blows.

The stunning backdrop of the fells and tantalising glimpses of Keswick, Coniston and Thirlmere certainly grab the attention. In fact, it’s the strength of the Lakes, it’s unspoiled, breath-taking landscape, that breeds the isolation that can be felt by those who need services only a big city can offer.

So it is for Joe and his family, who now face a daily 190-mile round trip to get him to a school in Manchester where he can access the support he needs.

This is where the drama pitches it so right. It mixes the uncertainty and heartache of Joe’s family with moments of everyday humour – mum and son making paper hats in the back of their broken down car – being a case in point.

The link with the big city ran right through the first series and is now established in the second. No surprise really given that writer Peter Bowker is a favourite son of Manchester.

While the physical aspects of the city are less frequently seen than those of the Lakes – and there’s no traffic! – there’s a clear message that it’s the place where specialist help is available.

As a video teaser for the series neatly sums up ‘we are complicated, we are clueless, we are dysfunctional, we are family.’

Yes, we are, all those things and more.

Tired of those perfect TV families? Wish someone would portray parenthood as you recognise it? Motherland is likely the series for you.

If alpha mums, car pool envy, hopeless in-laws and absent spouses feature in your life then a) you’re not alone and b) it’s good therapy to laugh about them.

Motherland’s depiction of life as a primary school parent in London is brutally frank. Its central character, Julia (Anna Maxwell Martin), is hanging on for grim life and frequently left wondering why she bothers. In most scenes she’s harassed and hurried, late taking her children to school, late for work, late for picking up from school, late for life.

Her plight is not helped by those alpha mums, the stay at home ones who get the best table at the coffee shop, who are perfectly made up at the school gate and who aren’t perpetually stressed, nor wracked with doubt and guilt (at least not on the surface).

Families can be your biggest support, but don’t ever take them for granted. Julia’s problems worsen after her own put upon mother tires of her role as unpaid babysitter while Julia dashes from one missed appointment to the next. With that support withdrawn Julia turns to her ‘mum friends’ to take on similar responsibilities.

One of the many things Julia is crying out for is some matrimonial advice. Hilariously – not so funny if it were real life – her partner is only spied at stag dos, the football or go-karting on a company bonding day. What a drag.

Meanwhile Julia frets over keeping up with the Queen’s Park Joneses, finding the cheapest priced nanny and the constant juggling and logistical nightmares with which all parents will identify. If you’ve ever thought that joining a carpool would be a life-changing event for you, you can empathise with Julia.

What she needs is someone to listen to her and give her some sound advice. One of those mum friend’s, Liz (Diane Morgan), has her own ways of dealing with being a single parent. She’s a laidback, life-hacker keeping stress at bay with cheats, fixes and a to-be-admired it’ll be alright attitude.

Want to know how to throw a party for 30 children, survive a school fund-raiser or get your children into the oversubscribed breakfast club? Then Liz is your lady. Many of us would relish a Liz to sort out those little mysteries of modern life.

The laughs come from the excruciating – and real – scrapes these parents get themselves into. It may not be perfect, but that’s life in all its muddle of extended families, tangled relationships and thwarted aspirations.

If you’ve not yet caught up with Motherland – it’s on BBC2 on Tuesdays at 10pm – there’s good news. You can have a school night binge on all six episodes on the BBC iplayer.

If life ever feels like one chaotic round of appointments and disappointments it might just make you feel better.