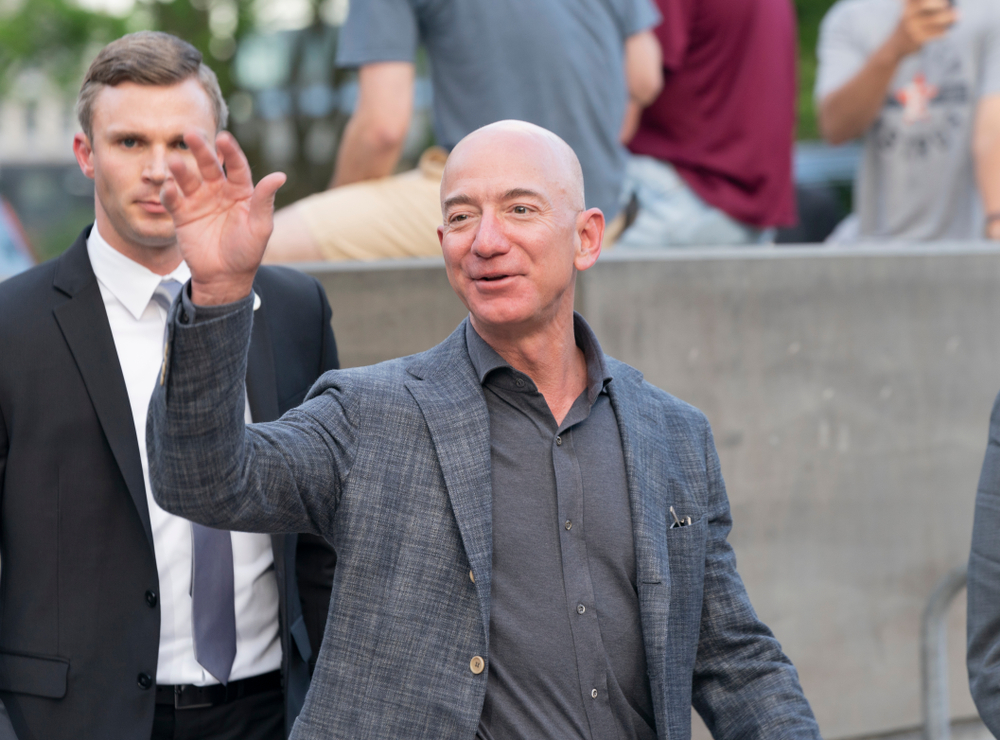 Are there lessons we can take from the recent divorce of Amazon billionaires Jeff and Mackenzie Bezos?

The divorce was finalised with little fanfare by a Washington area judge in the first week of July. Mackenzie Bezos exited the marriage with 4% of Amazon stock, worth an estimated $38 billion. That’s a huge amount, but considerably less than the 50 per cent stake in the couple’s vast assets to which she was legally entitled.

Some commentators have argued that with such wealth ‘each dollar means less and that can turn down the emotional thermometer’ of divorce. But even so history is littered with drawn out and contentious high value separations.

The Bezos’ are to be admired for the way they maintained their dignity as they move on after 25 years of marriage.

From the start they seem to have had an agreed path in mind. In January the news of their divorce was announced from their individual Twitter accounts. They both stressed they would continue as ‘parents and friends’.

As we know through experience, that is frequently the intention but it’s not always how it pans out.

Six months later and the divorce is done with no public sign of acrimony.

So, what did the Bezos’ do well?

Very few real details of the divorce have entered the public domain, and virtually nothing has come from the former couple themselves.

While not everyone’s divorce is going to make front page news, that doesn’t mean there won’t be outside interest. Family, friends and work colleagues may well press for detail on what’s happening. However, it makes sense to keep that information in the hands of those who really need to know.

Certainly, sharing social media updates on the finer details of your finances and personal arrangements during a split is not to be recommended.

So, be mindful of who and what you tell if you don’t want people openly discussing your private affairs. This can add another strain to an already difficult situation.

Leave the children out of it

In many high-profile splits we are presented with images of one or other partner being the ‘perfect parent’. Though the Bezos’ have four offspring, there was clearly a deliberate attempt to ‘keep them out of it’ and we couldn’t agree more.

Give children only the information they need – what is happening, what to expect and who is living where. Protect them from the stuff that is nothing to do with them such as who did what to whom; they are not your confidante.

Reassure them that it’s not their fault and where possible maintain a relationship with your ex for their benefit. That’s a hard one, we know, but where it’s appropriate you should be cordial and treat each other with respect.

Divorce is never easy, but kids usually adapt to change better than adults and bearing witness to a well-handled separation is a powerful life lesson.

Another hard one but allowing the emotion to take over and influence your decision-making is unlikely to be of benefit in the long run.

We can’t know how the Bezos’ behaved behind closed doors but the image they present – cool, calm and collected –  suggests they remained focussed on the process. That’s a factor that helps in ensuring an early resolution of all the issues.

In any negotiation it’s sound advice to stay neutral. Don’t get wound up by details that do not impact on your overall goal. Taking your anger and frustration into a meeting means you’ve already lost.

While the sums involved meant neither party was ever going to go short, there will still have been some pretty detailed thought about their financial lives AD (After Divorce). Mackenzie, for instance, announced she would be giving half her wealth to charitable causes. That’s not a decision to be taken lightly no matter how much you’ve got.

Having a plan for life AD helps to inform important decisions. These might include what will happen to your share of the money from the sale of the family home or the splitting of a business or other investments.

Most couples pool their resources and one person usually assumes responsibility for the management of the funds involved.  If that wasn’t you, the future AD can feel daunting, but it presents the opportunity to action your own choices. The keys to that are good advice and sound planning.

So, whilst you may not be in the world’s top one per cent of richest people the keys to  a successful divorce are the same – keep it private, keep the kids out of it, keep a hold on those emotions and have a plan……always have a plan.