Tired of those perfect TV families? Wish someone would portray parenthood as you recognise it? Motherland is likely the series for you.

If alpha mums, car pool envy, hopeless in-laws and absent spouses feature in your life then a) you’re not alone and b) it’s good therapy to laugh about them.

Motherland’s depiction of life as a primary school parent in London is brutally frank. Its central character, Julia (Anna Maxwell Martin), is hanging on for grim life and frequently left wondering why she bothers. In most scenes she’s harassed and hurried, late taking her children to school, late for work, late for picking up from school, late for life.

Her plight is not helped by those alpha mums, the stay at home ones who get the best table at the coffee shop, who are perfectly made up at the school gate and who aren’t perpetually stressed, nor wracked with doubt and guilt (at least not on the surface).

Families can be your biggest support, but don’t ever take them for granted. Julia’s problems worsen after her own put upon mother tires of her role as unpaid babysitter while Julia dashes from one missed appointment to the next. With that support withdrawn Julia turns to her ‘mum friends’ to take on similar responsibilities.

One of the many things Julia is crying out for is some matrimonial advice. Hilariously – not so funny if it were real life – her partner is only spied at stag dos, the football or go-karting on a company bonding day. What a drag.

Meanwhile Julia frets over keeping up with the Queen’s Park Joneses, finding the cheapest priced nanny and the constant juggling and logistical nightmares with which all parents will identify. If you’ve ever thought that joining a carpool would be a life-changing event for you, you can empathise with Julia.

What she needs is someone to listen to her and give her some sound advice. One of those mum friend’s, Liz (Diane Morgan), has her own ways of dealing with being a single parent. She’s a laidback, life-hacker keeping stress at bay with cheats, fixes and a to-be-admired it’ll be alright attitude.

Want to know how to throw a party for 30 children, survive a school fund-raiser or get your children into the oversubscribed breakfast club? Then Liz is your lady. Many of us would relish a Liz to sort out those little mysteries of modern life.

The laughs come from the excruciating – and real – scrapes these parents get themselves into. It may not be perfect, but that’s life in all its muddle of extended families, tangled relationships and thwarted aspirations.

If you’ve not yet caught up with Motherland – it’s on BBC2 on Tuesdays at 10pm – there’s good news. You can have a school night binge on all six episodes on the BBC iplayer.

If life ever feels like one chaotic round of appointments and disappointments it might just make you feel better. 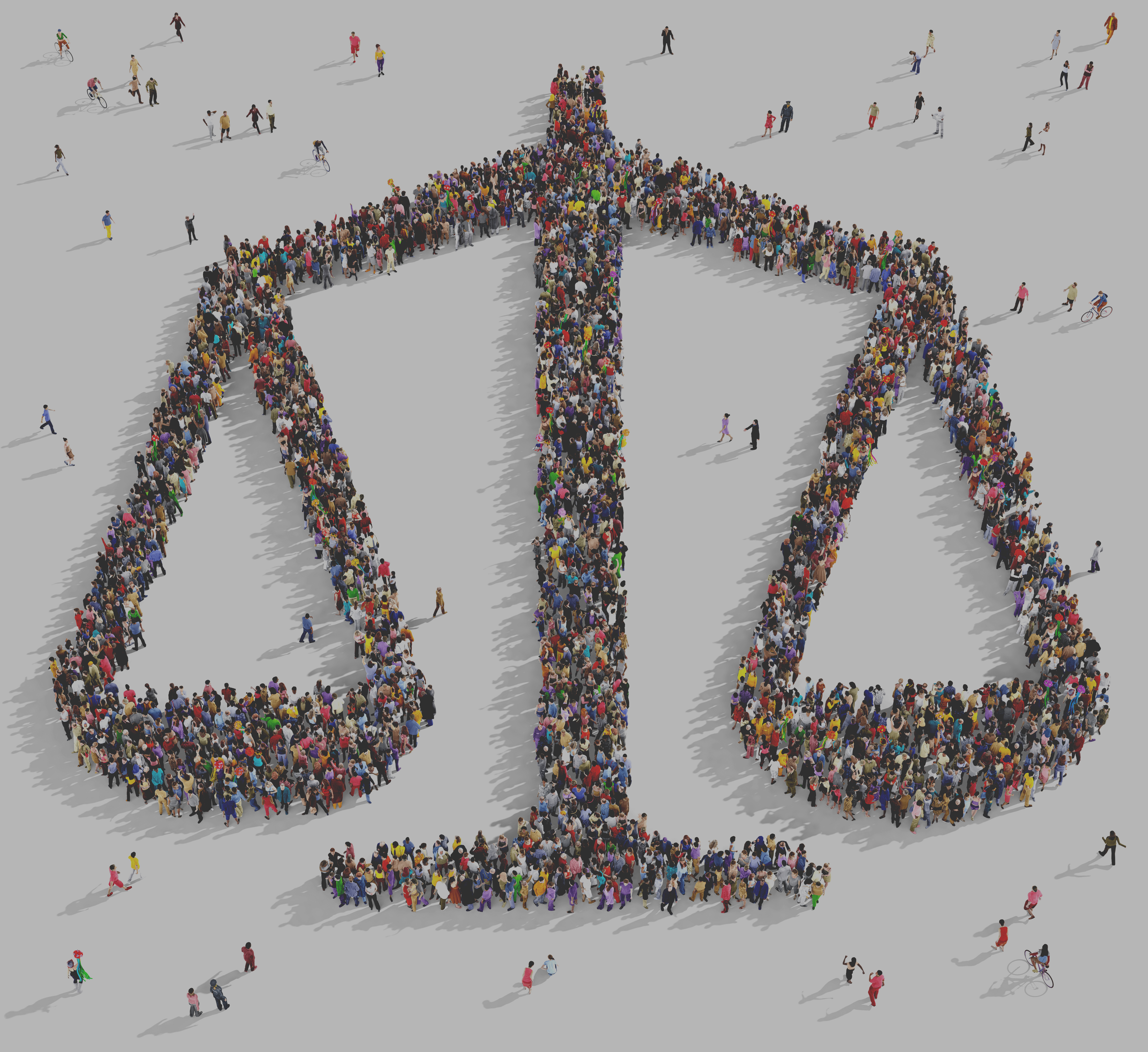 Marriage, it is often said, is a partnership of equals. It took English law a long time to give effect to that expression, but it has done so (or tried to do so, if it can) since 2000 and the case of White v White in the House of Lords.  Six years later, in the cases of Miller and MacFarlane the same court explained that sharing – and usually equal sharing – of the fruits of the marital partnership was one of the rationales for a redistribution of property on the ending of a marriage.

The sharing principle does not mean that the starting-point in all cases is that the assets of a marriage should be shared equally. However, any proposed settlement should be measured against the “yardstick of equality”, to determine whether it is fair in the circumstances of the case.  To the extent that there is a departure from equality, it will have to be justified and explained.

To put it another way, the effect of the sharing principle is that the assets of a marriage should be divided equally, unless there is a good reason why an equal division would be unfair. So the question is: when is an equal division unfair? Two recent Court of Appeal cases demonstrate circumstances in which the court considered that there should be a departure from equality.

The first case was Sharp v Sharp. The facts in the case were that the parties lived together from 2007, and were married in 2009. There were no children of the marriage. For most of their time together they both worked and earned similar salaries, but the wife received bonuses totalling £10.5 million, whereas any bonuses that the husband’s employment brought were “comparatively trivial”.

The wife commenced divorce proceedings in 2013 and issued a financial remedies application. At the time that the application was heard by Sir Peter Singer in the High Court the total assets held by either party amounted to £6.9 million, although the husband accepted that a property acquired by the wife prior to the marriage should be left out of the pot of “matrimonial assets” for division between the parties. The total value of the matrimonial assets was £5.45 million. Sir Peter Singer decided that that sum should be divided equally, and therefore awarded the husband £2.725 million.

The wife appealed against this decision, to the Court of Appeal. She argued that an equal division of the matrimonial assets was not appropriate, because of the short duration of the marriage and the fact that the parties had largely kept their finances separate.  The wife’s appeal was allowed. 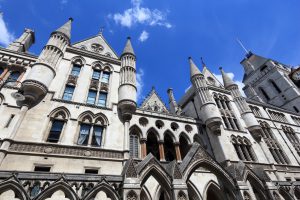 The leading judgment of the Court of Appeal was given by Lord Justice McFarlane.  He described the relevant factors as being that “the marriage has been short, there are no children, the couple have both worked and maintained separate finances, and… one of them has been paid very substantial bonuses during their time together.”  As to the source of the bonuses, the court of appeal found that the husband had made no contribution to the source of the bonuses (which derived from favourable trading conditions fortuitously enjoyed during the marriage) and that their domestic contribution had otherwise been equal.  The judgment is critical of the trial judge, and of the profession, for departing from the majority of the House of Lords in Miller and simply applying the yardstick of equality to everything built up during the marriage, without sufficient recognition of the way the parties themselves arranged their finances.  On a proper view of the majority in Miller, there was scope for, and it was appropriate to, depart from equality where the parties themselves had done so in the arrangements they had put in place.  There was no principle that departure from equality in such circumstances could only take place where the parties had expressly agreed to do so in a properly-constituted nuptial agreement.  Thus the husband’s award was reduced to £2 million, to reflect a combination of the following three factors: (a) the standard of living enjoyed during the marriage; (b) the need for a modest capital fund in order to live in the property that he was to retain; and © some share in the assets held by the wife.

The other case was Hart v Hart. The facts in this case were very different. The parties were married in 1987. At the time of the marriage the wife had no significant assets but the husband, a property developer, was already a man of substance. The very long marriage produced two children, both of whom are now grown up. They separated in 2006 and divorce proceedings were commenced in 2011.

A financial remedies hearing took place in the High Court in 2015, at which time the assets were valued at £9.4 million. At the husband’s behest, the focus of the trial was on the husband’s wealth at the time of the marriage.  However, the husband’s litigation misconduct – a combination of non-disclosure and deliberately misleading disclosure – made it impossible for the court to form any view as to the scale of the husband’s pre-marital wealth.  This, in turn, made it impossible to establish the true scale of the matrimonial acquest (to which the wife was entitled to an equal share) or to contend that pre-acquired property had become nuptialised, and so matrimonial on character.  The judge resolved the resulting dilemma by making an award quantified solely by reference to the wife’s needs (which he held to be c. £3.5 million).

The wife appealed.  She argued that, after a long marriage, it was for the husband to establish a satisfactory evidential foundation for the substantial departure from equality that he sought, and that he had failed to do so.  The argument was supported by the requirement that, in every case, the court should make findings as to the matrimonial property, and that such findings required the court to consider not only the scale of any pre-acquired property, but also the use that had been made of it during the marriage (to determine whether it had become mingled, shared or otherwise nuptialised).  Second, the husband’s litigation misconduct had made it impossible for the wife to quantify her sharing claim and it was unfair in those circumstances for her award to be restricted to needs in circumstances where the husband’s non-disclosure had made it impossible for the wife to evidence that she had a sharing claim which would found a higher award.

The Court of Appeal dismissed the wife’s appeal.  The lead judgment was given by Lord Justice Moylan. He accepted that there were ‘deficiencies’ in the husband’s evidence about the extent of his assets. However, he dismissed the suggestion that the current law on matrimonial property required the court, in every case, to make detailed findings as to its extent.  The investigations which it was reasonable to conduct, and whether the enquiry required a precise arithmetical approach (as in Jones v Jones) or a more laissez-faire approach (as in C v C) was for case management, and required consideration of proportionality and reasonableness.   In this case, the wife’s concession that the husband was a man of means at the start of the marriage entitled the judge to conclude that an equal division would be unfair to the husband and, equally, that an unequal division would be fair to the wife.  Although the court expressed considerable reservation at the judge’s decision to confine the wife’s award to her needs, after much reflection it could not say that this fell outside the generous ambit of the judge’s discretion.

To many practitioners both these cases are shocking in their different ways; Sharp because it elevates what was an unspoken agreement to maintain largely separately finances to the same realm as a properly negotiated and executed pre-nuptial agreement, but with none of the safeguards; and Hart because the husband’s litigation misconduct was permitted to obliterate the wife’s own sharing claim.   Certainly, whenever a case involves a short marriage, or pre-marital property, parties and practitioners are going to have to think hard about the arguments they advance.  Neither decision sits comfortably with the need to discourage litigation by adopting an easily understood and comprehensible approach to two commonly-encountered situations, or to encouraging parties to settle their disputes as quickly and cheaply as possible.