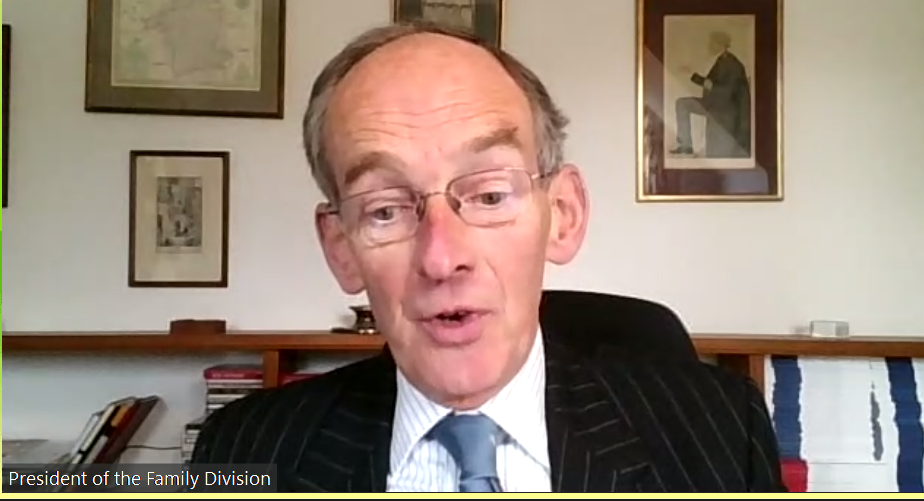 Family lawyers have been praised for their commitment to the families they serve by one of the country’s most senior legal figures.

Sir Andrew McFarlane, President of the Family Division and Head of Family Justice, said he was proud of the way that all those involved had stepped up to carry on working since the lockdown in March.

He told a conference that those working in Family Law had realised from the start they had to ‘crack on’ and deliver as much as they could in terms of justice.

He said: “There has been, from day one, a can-do mentality as people have begun to cope with a lot of this unknown and working from home.

“I genuinely think that family lawyers, all of them, can hold their heads high looking back at what they’ve achieved in the last six months.

“Family pressed ahead and achieved a surprising penetration into the volume of cases.

“We’re in a position now where some of the courts haven’t got a backlog of cases, others have but they’ve a plan for dealing with them, and people are just cracking on and getting through the work.”

Sir Andrew also revealed to the virtual audience of the Future of Family Practice Conference: “We are sitting and have sat more days in Family than ever before, despite the fact we haven’t had courtrooms. And you’ve all turned up and serviced the process in the ways you always do, to the best of your abilities.

“I am proud of the way Family has functioned in this difficult time. My gratitude to everyone who, on a daily basis, has gone the extra mile, is profound.

“It’s not just the lawyers, or the judges, it’s the court staff – it has been really difficult for them.  Everyone has been in it together.” 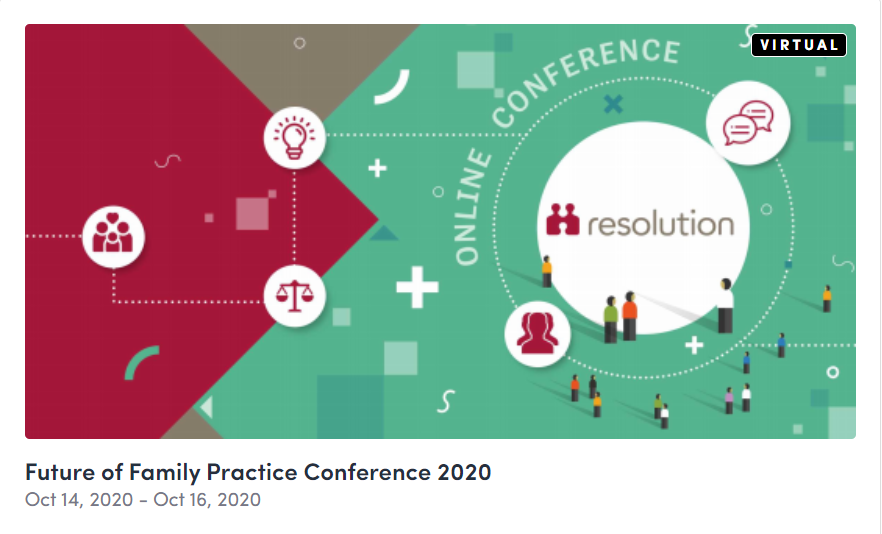 He acknowledged that many in the profession were feeling fatigued and urged people to look after their own well-being and that of colleagues.

But he added: “We are going to carry on, carrying on, working as we are. But that comes at a price.

“It is one thing to have got through the first peak of Covid and bob up in the summer as we did and begin to have more court hearings. But then to turn the corner and find there’s another six months or more to go is very dispiriting.”

Sir Andrew said there had been benefits from the Covid lockdown, but he also stressed the return of face-to-face hearings was vital for society.

He said: “Some of the remote working has caused us to accelerate by years our ability to work digitally and I think that will stay with us.

“But I am clear that I will fight any suggestion by those responsible for funds that this is the way we should be doing Family Law for the future anyway. It is absolutely not.

“There will be a few cases, case management hearings, which will be sensibly dealt with remotely. But any hearing that involves the family engaged directly with the judge or magistrates we must get back to having those hearings face-to-face in a courtroom as soon as we can.”

Sir Andrew said the system was moving away from paper working and the digital reform programme was continuing. He said digital consent orders were being turned round in a week or so rather than four or five months which was a feature of the Divorce Centres.

Courts are also moving to a digital process for the issuing of care proceedings across the country.